NFL training camps are right around the corner and for fantasy owners that means tracking injuries. Below are players who were either hurt last year or enter training camp injured and how they are progressing.

Palmer suffered an ACL injury in Week 10 versus the Rams, thus killing any chance the Cardinals had of making a playoff run. It’s the second time Palmer has torn his ACL and while he’s likely to be limited in training camp, head coach Bruce Arians expects him to be ready for Week 1. Let’s hope so. We’ve all seen enough of Arizona’s backup quarterbacks.

Bradford tore his ACL for a second straight year last August in a preseason game against the Browns. He’s had trouble staying on the field since he was drafted in 2010; playing in only 49 of a possible 80 games during his career. Bradford said he’ll be ready for 11-on-11 drills when training camp starts but he was limited to 7-on-7 drills during OTAs. Bradford has only appeared in seven games since the start of 2103. His health will be one of the most intriguing storylines of training camp.

Bell had minor Achilles and knee surgeries this offseason. He sat out OTAs and the Lions’ coaching staff was concerned Bell wouldn’t be in shape by the time training camp starts. Offensive coordinator Joe Lombardi said the team will likely ease Bell back slowly until his conditioning improves. Bell will be a player to monitor during training camp, especially with rookie Ameer Abdullah already impressing.

Ball had an appendectomy last preseason and then suffered repeated groin injuries before being placed on injured reserve in December. Ball said he feels the appendectomy sapped his energy and he may have tried to return to the field too soon. Ball is healthy again entering training camp. He’s technically competing with C.J. Anderson for the starting job. However, it would be shocking if Anderson doesn’t open the season as Denver’s starter after his strong finish to 2014.

Gurley was the most dominant running back in college football before tearing his ACL last November. His goal is to return to the field by training camp but nothing is official by the time this article was posted. Gurley is scheduled to meet with Dr. James Andrews and if everything goes well he could be cleared for training camp. Gurley still needs to get out and test his knee, so his status for Week 1 is uncertain. He’s a candidate to open the year on the PUP list.

Woodhead suffered a really severe ankle injury (fractured fibula/ankle) that had some wondering about his availability for the start of 2015. However, all reports said Woodhead looked completely healthy at OTAs. He’ll have no restrictions heading into training camp.

Ellington’s 2014 season was doomed before it ever got off the ground. He suffered a foot injury before the season opener and while Ellington played through it, he wasn’t the same player. Ellington was then placed on injured reserve in December to repair a sports hernia. Ellington said he’s close to 100 percent heading into training camp. The Cardinals drafted David Johnson in the third-round, so Ellington needs a healthy training camp to keep his distance from the rookie.

Ridley signed with the Jets this offseason. He enters a crowded backfield in New York. The former Patriot is just eight months removed from ACL surgery and said he’s not sure if he’ll be ready when training camp starts. With Chris Ivory, Zac Stacy and Bilal Powell all fighting for snaps at running back, the Jets could decide to put Ridley on the PUP list to start the season if he’s not at full strength for training camp.

Turbin had offseason hip surgery and missed OTAs. It was reported that Turbin would be ready for training camp but not play in preseason games. Even if Turbin misses some time in training camp, he’s a good bet to be Marshawn Lynch’s backup for a fourth straight year.

Cruz tore his patellar tendon in an October game against the Eagles. It’s one of the worst injuries an NFL player can suffer but Cruz says he’s roughly 80 percent healthy heading into training camp. Cruz plans on playing in the preseason but expectations for Cruz should be held in check. A patellar tendon rupture is known for negatively impacting speed and cutting ability, so Cruz doesn’t have history on his side. Watch him closely in training camp.

After battling an ankle injury for much of 2014, Marshall was placed on injured reserve following a December loss to the Cowboys when a big hit resulted in two broken ribs and a punctured lung. Marshall was traded from the Bears to the Jets this offseason and despite his brutal late-season injury, he’s fully healthy heading into training camp.

Robinson broke his foot last November, putting an end to a promising rookie season where he caught 48 passes for 548 yards and two touchdowns. The Jaguars started Robinson off slowly in OTAs but as camp progressed, he took part in more drills and by all reports looked sensational. Robinson isn’t expected to have any limitations in training camp.

Cooks was having a strong rookie season before a broken thumb sidelined him for the remainder of the year in Week 11. Through 10 games, Cooks caught 53 passes for 550 yards and three touchdowns. Cooks is fully recovered from his thumb injury and will be a full-go in training camp. He should see plenty of passes come his way with Jimmy Graham and Kenny Stills gone.

Watkins underwent offseason hip surgery and was limited in OTAs. However, he’s expected to be a full participant once training camp kicks off. His recovery hasn’t suffered any setbacks and there’s no reason to believe Watkins’ hip will cause him to miss any practice time going forward.

Quick had surgery last November to repair a dislocated shoulder and torn rotator cuff. It was a severe shoulder injury and Quick was limited to light individual drills during OTAs. Quick is reportedly ahead of schedule in his recovery and is hoping to be ready for team drills by the time training camps starts.

Reed underwent a procedure on his knee at the end of May but Jay Gruden said his tight end will be ready for training camp. It’s bad news for a player who has missed 12 games over the last two years. Reed will need a healthy training camp if he’s to beat out Niles Paul for the starting tight end job.

Eifert is returning from elbow and shoulder surgeries that cost him virtually all of the 2014 season. Eifert was limited during OTAs. However, he claimed to be 100 percent and said it was the Bengals that were bringing him along gradually. Eifert is adamant he’ll be ready for training camp without any limitations. 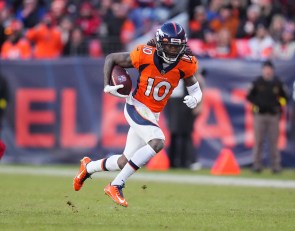 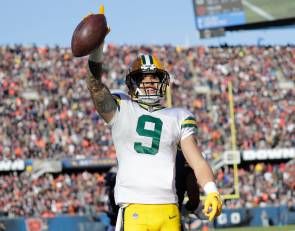