Counting down the significant stats, notable numbers and illuminating integers emerging from the first 10 weeks of the 2016 fantasy-football season:

66.2 – Standard-scoring fantasy points so far this season for the Texans’ DeAndre Hopkins, placing him 35th among fantasy wide receivers coming out of Sunday’s slate of games. And, no, Houston’s bye last week didn’t bring a magical reversal of fortune for Hopkins’ fantasy owners as the 2015 breakout star put up another ho-hum five-catch, 48-yard, no-touchdown stat line Sunday on 13 targets against the Jaguars – a game in which quarterback Brock Osweiler connected with reserve tight ends Ryan Griffin and Stephen Anderson for his only scoring passes. Through nine games now, Hopkins has caught only 45-of-89 targets for 482 yards and three TDs. Those are figures which make the wideout’s fantasy owners openly weep when they harken back to Hopkins’ stats through his first nine contests a season ago: 123 targets, 71 receptions, 927 yards and seven TDs for a position-leading 134.7 fantasy points. So a year later, basically all of those numbers, aside from targets, have basically been cut in half. Hopkins still has more than double – 46 to be exact – the number of targets of any other Houston pass-catcher, but he and Osweiler simply have yet to find the same page, connecting on only 50.6 percent of the passes thrown the wide receiver’s way.

65 – Targets this season for Washington’s Jamison Crowder, which puts the second-year wideout only two behind Pierre Garcon’s team lead through nine games. Crowder has caught 44 of those 63 passes for a team-leading 563 yards and five TDs. His 44 catches also equal stud tight end Jordan Reed for the most on the squad. Overall, the 5-foot-8 and cat-quick Crowder has accumulated at least 11 point-per-reception fantasy points in seven of his nine games this season, and he’s particularly picked things up as of late, hauling in a touchdown pass in three of his last four contests, including a 4-yard scoring grab to open the scoring Sunday in a 26-20 win over the visiting Vikings. And in the only game out of the last four that Crowder failed to notch a TD catch, he caught 7-of-9 targets for a season-high 108 yards in a Week 7 win over the Lions. In other words, Crowder has earned a starting slot in weekly fantasy lineups, no matter the scoring format.

33.7 – Points per game over the last six contests for the Tennessee Titans – AKA the NFL’s highest-scoring team during that span. Sunday’s Week 10 performance was the best yet as the high-flying Titans hung 47 points on the visiting Packers – matching the franchise’s single-game high over the last 12 seasons. The eye-popping fantasy figures have followed suit over the last six weeks as quarterback Marcus Mariota has accounted for 19 total TDs during that span with multiple-TD games each week, including four TD tosses Sunday. RB DeMarco Murray, meanwhile, has had four 100-yard rushing games, five ground scores and even a passing TD (also Sunday) during that stretch while TE Delanie Walker has had four TD receptions and WR Rishard Matthews had totaled six scoring grabs. For the season, Mariota, Murray and Walker all rank among the top four fantasy point-producers at their respective positions. Not bad for a franchise which entered the season as perhaps the league’s most nondescript and overlooked franchise – in fantasy and reality.

24 – Touches Sunday night for Seahawks running back C.J. Prosise in the team’s captivating 31-24 road win over the Patriots. With fellow RB Christine Michael hampered by a sore hamstring, the rookie third-round pick out of Notre Dame hit season highs across the board with his 17 rushes for 68 yards and his seven receptions on seven targets for a team-most 87 yards. Prosise, a former wide receiver with the Irish, did a lot of his damage split out wide, demonstrating to the New England defense and the nation that he certainly hasn’t forgotten now to play outside. Coming into the contest, Prosise had 28 yards rushing on nine carries and had caught 8-of-9 targets for 116 yards in five games, but given the scene and the Sunday-night primetime stage, it was most definitely a coming-out party – as we at The Huddle deemed it on our player news wire Monday morning – for the rookie, making him the back to own in Seattle the rest of way. And that’s even if Michael and second-year RB Thomas Rawls return close to full health.

6 – Total touchdowns – five passing and one rushing – for Seahawks QB Russell Wilson over the last two games. Hey, we couldn’t mention Seattle and not bring up the possibility of another late-season fantasy firestorm for Wilson, who memorably caught fire at this time a year ago to throw 24 of his 34 TD passes in the final seven games of 2015. A full 11 of those 24 TD tosses wound up in the highly-capable hands of top wide receiver Doug Baldwin, and so what transpires Sunday night? Baldwin latches on to all three of Wilson’s TD throws in the thriller in Foxborough. Over the last two weeks in shootout wins over the Bills and Pats, Wilson has completed 45-of-63 passes for 630 yards and the five scores – matching his TD-pass total from the first seven games this season. He’s also added 16 yards and a TD rushing to give him 60 on 31 rushes on the season. Now, sure, that total trails the likes of Osweiler (70 rushing yards) and Matt Ryan (69) among others at QB, but Wilson’s early-season ankle and knee issues are finally looking like they’re starting to heal, leading to the promise of bigger and better games on the ground to come for QB. But even if they don’t, the signs of another late-season Wilson aerial breakout are more than enough to significantly boost his fantasy stock down the stretch.

5 – Touchdown receptions for the Buccaneers’ Cameron Brate so far, putting him in a tie with the Titans’ Walker, the Vikings’ Kyle Rudolph and the Chargers’ ageless Antonio Gates for the league lead among tight ends. The latest score for Brate came in Sunday’s 36-10 rout of the visiting Bears, extending his current streak to three straight games with a scoring grab. Overall, Brate has snared 35 of his 49 targets on the season for 375 yards. Add in the five scores, and it puts Brate seventh among fantasy ends this season through Sunday’s games with 67.5 points. That’s more points than bigger names such as Travis Kelce (64.6), Reed (63.6) and Gates (59) have put up to date, and so if you find yourself in need of help at the position, definitely target the Tampa TE in a trade with an owner who might not fully realize Brate’s still-rising value.

3 – Combined fantasy points over the last three games for the Vikings’ team defense, which has for all intents and purposes fallen off the fantasy map since a blazing start. To illustrate: During Minnesota’s 5-0 run out of the gate, the defense recorded a league-high-matching 19 sacks and had a league-lead-tying 12 takeaways while holding the opposition to 16 or fewer points in each outing. More importantly, as it pertains to fantasy, the Vikings had four defensive/special-teams TDs during those first five outings. Since then, though, the Vikes have gone 0-4 and have recorded a league-low three sacks during that span with six takeaways and no defensive/special-teams TDs. And with the Minny offense providing more hurt than help, each of their last four foes have scored at least 20 points. So what’s a Vikings D fantasy owner to do? Minnesota is certainly no longer a must-start – or even a must-own – fantasy ‘D,’ but it will still have its place in lineups as a streaming defense with the right matchups. 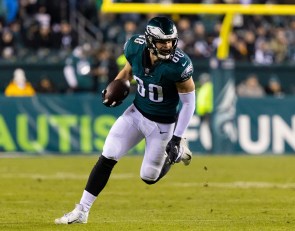 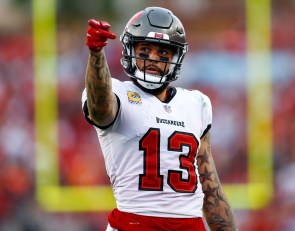