Deshaun Watson could move significantly on draft boards as some are sold on him having elite talent and others not as impressed. After his impressive years at Clemson, he’s likely the most NFL-ready quarterback.

As with most drafts, the expectation is that there will be likely three or possibly four quarterbacks taken in the first round which are more likely to also include the gun-slinger Patrick Mahomes and Notre Dame’s  Deshone Kizer. 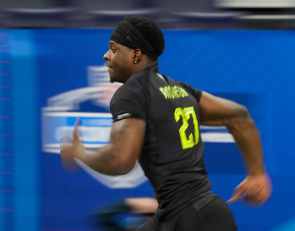