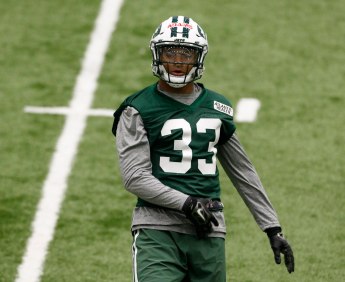 The DB position is the deepest position in all of fantasy and quite honestly, one that I don’t invest much in whatsoever. If you are in a rookie draft you’d be much better off gambling on the offensive side of the ball followed by DE then LB than you would be on the DB position. Heck, a kicker might even be a better proposition than DB…nah, I won’t go that far. But if you wonder why I take the stance I do on DB look no further than this oldie, but still relative goodie of an article “IDP Turnover,” and you’ll understand my stance. You’ll also notice that I didn’t rank any of the rookie CBs. Sure there could be some fantasy value but none are worth investing any sort of draft capital in. Punt the DB position really should be my slogan.

Peppers gets the top spot due to winning my trifecta for fantasy relevance: Opportunity, Scheme and well, opportunity. Dilute sample or not, Peppers is in a great spot to put up fantasy relative numbers in his rookie year. The Browns defense will see plenty of opportunities and with an aggressive Gregg Williams scheme, Peppers has huge upside, in both tackle neutral and big play scoring. Look for him to blitz a ton this year and rack up tackles and sacks in the process. 75 solos with 4 sacks wouldn’t shock me in the least.

I was very high on Calvin Pryor when he landed with the Jets but Pryor never materialized into the fantasy contributor that many others and I hoped he be. Well, with Adams I’m in the same spot, expecting big numbers. I’m far from enamored with the Jets offense so Adams should see the field a ton this year and with that fantasy production will follow. He’s probably a bit safer as the top DB rookie but Gregg Williams scheme pushed Peppers over the top for me. Still, Adams won’t be chopped liver.

Unlike Peppers and Adams, Evans isn’t a sure thing for 2017 when it comes to fantasy production. He shouldn’t have much trouble cracking the starting lineup for the Buccaneers but not knowing if they’ll use him as a FS or SS tempers my enthusiasm. The Buccaneers scheme has allowed solid to plus fantasy production from the safety position so that’s why he’s number three on my list.

Biggest thing that Hooker has going for him is that he won’t only be seeing the field a ton but will be one of the better defenders for the Colts. I don’t love him being pegged as a FS but he’ll still rack up enough stats to make him a low level DB2 for his rookie campaign. If the Colts had an offense like the Jets or Browns he’d be higher on this list.

Another DB in a situation where I’m not even close to sold on his team’s offensive abilities and that of course means more defensive snaps to rack up fantasy points with. The biggest issue is that I’m not 100% sold that Jackson will start and play enough snaps consistently to be a reliable fantasy option. Stash him? No, like I said in the intro, save that spot for a more valuable position.

Are you starting to see a theme yet? If a team’s offense looks less than stellar then their defensive players get pushed up the rankings. Johnson has some upside but there’s no need to draft him. Just keep a close look and if he lands a starting gig and plays well in the first couple of weeks you should be able to nab him off waivers.

I don’t recommend stashing DBs but if there is one DB to stash in this draft, Jones is the guy. The Packers are set at safety with Morgan Burnett and Ha-Ha Clinton-Dix but Burnett is in the final year of his contract. We’ve seen that position be very productive in the past so if you have large rosters and a complete team with no holes, then and only then, stash and hold Jones in hopes he steps in for Burnett in 2018.