Training camps and preseason games are in full swing. While it’s great to see football back, unfortunately that also means injuries. As usual, the injuries are piling up during training camp. Here’s the status of players with the most interest to the fantasy community. 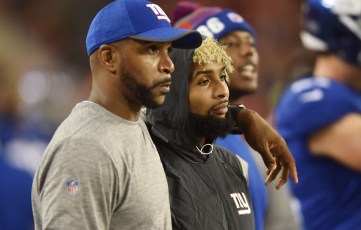 Cam Newton, QB Carolina Panthers – Newton continued to throw at practice on Monday. The NFL Network reported Newton increased his workload but it remains unclear if he’ll play in the preseason. The Panthers are still hopeful Newton will be ready for Week 1. Newton’s Average Draft Position (ADP) is currently Round 9.

Isaiah Crowell, RB Cleveland Browns – Crowell missed Monday night’s preseason game against the Giants with a groin injury. He wasn’t listed on the injury report prior to the game. It’s unknown is Crowell will be available for the Browns third preseason game versus the Tampa Bay Buccaneers.

Matt Forte, RB New York Jets – Forte continues to be sidelined with a hamstring injury. The veteran has missed both of the Jets first two preseason games and coach Todd Bowles was noncommittal about Forte playing in Week 1. If Forte can’t go in the opener versus the Buffalo Bills, Bilal Powell will get most of the touches at running back with rookie Elijah McGuire backing him up.

Leonard Fournette, RB Jacksonville Jaguars – Fournette is dealing with a foot injury. He’s already been ruled out for the Jaguars third preseason game. Fournette won’t play in the final preseason game, so he’s done until the regular season. The injury is to the same foot Fournette had issues within college. Fournette said he’ll be ready for Week 1 but fantasy owners need to be prepared in case he can’t go. Chris Ivory will likely get the start if Fournette isn’t healthy. Fournette’s ADP is still late Round 2.

Jordan Howard, RB Chicago Bears – Howard missed the Bears second preseason game with a minor eye abrasion. He suffered the injury during a walkthrough. The injury isn’t serious and Howard is expected back to practice this week. Rookie Tarik Cohen was impressive in Howard’s absence and appears to have nailed down the Bears No. 2 running back job.

Mike Gillislee, RB New England Patriots – Gillislee missed the Patriots second preseason game with a hamstring injury. He’s missed almost three weeks of practice with the injury. Gillislee has lost ground to Rex Burkhead in the battle to be the Patriots starting running back. He could also be behind Dion Lewis for touches once the season starts. Gillislee’s Round 6 ADP is one of the biggest fantasy mysteries in recent memory.

Ty Montgomery, RB Green Bay Packers – Montgomery missed the Packers second preseason game with a leg injury. The injury isn’t expected to be serious but it’s allowed rookie Jamaal Williams to earn more reps with the first-team offense. Williams could eat into Montgomery’s playing time this year. Montgomery’s ADP has dipped a bit recently down to Round 4.

DeMarco Murray, RB Tennessee Titans – Murray missed the Titans second preseason game with a hamstring injury. He suited up for the game but didn’t play. The Titans aren’t going to rush Murray back in the preseason. The injury isn’t believed to be anything serious. Murray should be fine for Week 1.

Thomas Rawls, RB Seattle Seahawks – Rawls missed the Seahawks second preseason game with an ankle injury. The injury is said to be minor. It better be because rookie Chris Carson has been the star of Seattle’s offense this preseason. Rawls will battle Carson, Eddie Lacy and C.J. Prosise for touches early in the year.

Odell Beckham Jr., WR New York Giants – It’s being reported that Beckham suffered a sprained ankle in Monday night’s preseason game against the Browns. It looked like the injury was to Beckham’s knee when Browns defensive back Briean Boddy-Calhoun hit OBJ directly on the left knee. As this article goes to print, that’s the latest update. Obviously, Beckham’s injury will be the most widely watched among both NFL and fantasy circles.

Corey Davis, WR Tennessee Titans – Davis missed the Panthers second preseason game with a hamstring injury. The rookie has yet to play in the preseason but Titans coach Mike Mularkey said he’s hopeful Davis will be able to get on the field before the regular season. Davis’ ADP is currently Round 10.

DeAndre Hopkins, WR Houston Texans – Hopkins has been dealing with a hand injury. He missed the Texans second preseason and has been held out of practice since Aug. 9. Hopkins could also sit out Houston’s third preseason game this week. The injury isn’t believed to be serious but it’s certainly something for fantasy owners to monitor with the regular season just over two weeks away.

Julio Jones, WR Atlanta Falcons – Jones missed the Falcons second preseason game while still recovering from offseason foot surgery. The Falcons are being cautious with Jones but he’s expected to be all systems go for Week 1. Jones is a consensus first-round fantasy pick.

Marqise Lee, WR Jacksonville Jaguars – Lee is dealing with a high-ankle sprain. However, Lee said he hopes to play in Week 1. Allen Robinson could see an increase in targets if Lee is out, although with the Jaguars current state at quarterback, it may not matter.

Jordan Matthews, WR Buffalo Bills – Matthews is recovering from a chip fracture in his sternum. He’s confident he’ll be ready for the Bills opener against the Jets. Matthews has been getting in limited work at practice. With Anquan Boldin announcing his retirement, Matthews should be a target monster this year, albeit in a shaky Bills passing offense.

Eric Ebron, TE Detroit Lions – Ebron is still absent from practice with a hamstring injury. He’s missed virtually all of training camp and both of the Lions preseason games with the injury. Ebron is hoping to build on career-best numbers in receptions and receiving yards but he needs to stay healthy. His ADP is currently Round 11.

Jordan Reed, TE Washington Redskins – Reed was activated off the active/PUP list. He had been dealing with a toe injury. Reed is now eligible to resume practicing. The tight end is using a new orthotic in his shoe that appears to be helping his sprained toe. Reed is a Top 3 fantasy tight end when healthy but that’s always a big “if.” He’s currently being drafted in Round 5 on average.

A five-pack of NFL player prop bets for Week 3.

A snapshot look at the NFL betting lines and odds for Week 3 sports betting and DFS action.

Latest status of fantasy football weapons who are on the mend entering Week 3.

How high will this Eagle fly in Week 3 fantasy lineups?