When to draft a tight end in fantasy football

When to draft a tight end in fantasy football

We will explore the question, “Is there an optimal time to draft a tight end?” The answer is not as cut-and-dried as some may think, and it is arguably more fluid from one season to the next than at any of the four skill positions in fantasy football.

The price to play

Here are two tight ends realistically capable of posting insane fantasy numbers, and a third is on the cusp of that conversation. Then the drop-off is apparent before the plateau of the “could be” types start to congeal into a blob of “take your pick.”

Rob Gronkowski and Jordan Reed are the elite guys mentioned above. Both come with major injury concerns and can play at an elevated level when healthy. Gronk’s average draft position (ADP) is 2:08 in standard and two picks later in PPR. He’s in a class of his own. Gronkowski, when healthy, is basically a strong No. 2 wideout. Given the depth of the receiver position this year, gambling a late pick in the second round is reasonable.

When to draft a quarterback in fantasy football

There is actually a tight end sandwiched between the two in ADP, being the Kansas City Chiefs’ Travis Kelce. He is coming off shoulder surgery and was cleared for training camp before experiencing knee swelling. His 2016 line of 85-1,125-4 knocks on the door of Gronk’s house. Without the touchdown volume, he’s just a great piece to the puzzle in point-per-reception leagues. Kelce goes at the 3:11 pick in PPR and 4:03 in regular setups.

Reed’s injury-prone ways submarine his ADP to pick 5:06 and 5:07 (PPR). This is still assuming a great deal of risk, yet it becomes palatable when compared to Gronk’s placement. If healthy, Reed is a touchdown monster and creates mismatches like few others. Over a 16-game stretch, he could topple the 100-catch mark as the focal point of Washington’s passing game. Unfortunately, expecting 16 games out of him is ill-advised based on his track record and current injury status as he seeks opinions on a toe ailment.

This is where the bread can be safely buttered. None of these guys are likely to post eye-popping stats, though they can present huge outbursts on occasion and are at least regularly involved in the passing games of their respective offenses. … And all at a reasonable price tag.

Olsen is consistently safe. Graham is a tad risky and hasn’t quite regained his dominant form before a major knee injury, but he is still a scoring threat in the red zone. Eifert has his quarterback’s eye but is an injury liability in an offense bursting with weapons. Bennett is on his third team in as many years and will shine some weeks while disappearing in others. Walker may be the most overlooked pick of this lot. Henry is coming off an injury and found a role as a scoring machine for the Bolts in 2016, but Antonio Gates is still hanging around. Rudolph’s career-best 2016 season was a product of a quarterback thrust into offense that didn’t boast much receiving help. He is a midrange choice for gamers — almost a consolation prize.

Ranging from Round 9 through the 12th, the ADP chart welcomes the likes of rookie O.J. Howard, Zach Ertz, Jack Doyle, Eric Ebron, Cameron Brate and Jason Witten into the conversation.

Ertz, Doyle, Howard and Ebron have considerable upside appeal, whereas Witten and Brate are uninspiring for gaming purposes. Howard is intriguing and has a bright future, yet rookie tight ends rarely offer much in fantasy (hat tip to Hunter Henry).

Owners are presented the decision of whether to play the matchups at tight end and invest in other positions or spend up on a tight end for a plug-n-play type. Five of the top 12 PPR tight ends last year were not among the first dozen drafted based on the last wave of ADP figures.

In 2016, 15 tight ends scored at least nine points per game in PPR and played in a minimum of 12 contests. The difference between the leader and the seventh-best was one catch for a first down. … While a gangbusters season from someone like Gronk is possible, this year’s class is a hodgepodge of varying degrees of fantasy mediocrity.

The best way of viewing this position is what kind of risk you are willing to assume and for whom. Personally, waiting until the last minute has always been a preferred way for me to secure a tight end. Unwilling to spend up and comfortable with taking a late-round flier, I am much more confident in my ability to draft midround running backs and wide receivers who will emerge than getting just average stats from safe tight ends.

Several tight ends I end up with may make most gamers queasy. Are you willing to enter the season with a starter like Tyler Higbee, Coby Fleener, Julius Thomas or Austin Hooper? It also requires you to be just as comfortable rotating matchup-play waiver picks each week. The safest targets for owners who don’t want to invest early but still prefer to not think about the position beyond draft day would be Olsen, Walker and Rudolph.

The general takeaway should be this position is volatile and laden with risky upside. Outside of those two or three players with vaulted ceilings, everyone else is an acceptable starter from No. 4 through about the 15th tight end, in terms of ADP.

Unlike with quarterbacks, wide receivers and even running back to a degree, picking an early tight end doesn’t reduce the risk this year — it only amplifies it. 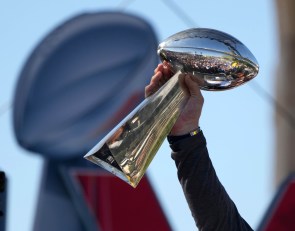 Simple methods and tips to create a consistent winner in your fantasy football leagues.

Which tight ends were truly the best against specific defenses?