McCarthy has used many offensive coordinators over the years but they have all held true to the West Coast scheme in Green Bay that Aaron Rodgers directed for the last ten seasons. Edgar Bennett was the most recent OC  and had been with the team in various positions since 2005. He became the offensive coordinator once Joe Philbin left to coach the Dolphins. 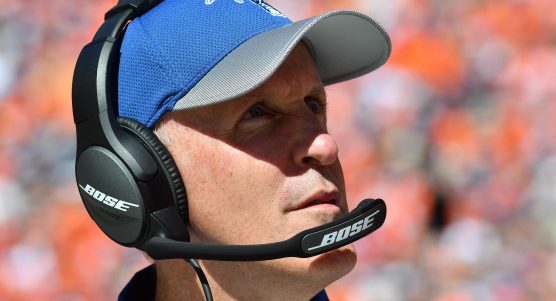 Philbin is back. He coached the Packers offense from 2007 through 2011 and then left to become the Miami Dolphins head coach in 2012. Philbin spent ten seasons in Green Bay in various capacities. Once released by the Dolphins, he spent the last two years as the assistant head coach and offensive line coach for the Colts.

Philbin only produced one season that ended worse than 10-6 while in Green Bay and he was their coordinator in 2010 when the Packers won the Super Bowl. He was there for the final year of Brett Favre and the first five seasons that Aaron Rodgers started. His offenses ranked in the Top 10 in points for every season including being No. 1 in 2011. His offenses ranked similarly well in yardage.

Philbin’s hire actually means continuity and a hopeful return to the most prolific seasons for Aaron Rodgers and company.

Philbin should be no worse than the past six years for the Packers and very likely better. Aaron Rodgers passed for a career-high 45 touchdowns in Philbin’s final year with the Packers. He also turned in a personal-best 4,643 passing yards. Rodgers threw slightly more passes in recent years but that just reflects the shift to passing in the NFL.

Back when Philbin was first there, the wideouts were Randall Cobb, Donald Driver, Greg Jennings, James Jones and Jordy Nelson. Cobb and Nelson remain along with Davante Adams. Playing with Rodgers is reason enough for optimism but working under Philbin won’t be any worse and likely will be better.

Tight end Jermichael Finley played almost his entire career under Philbin and peaked in 2011 when he caught 55 passes for 767 yards and eight touchdowns. The Packers don’t have a receiving tight end on the roster since Martellus Bennett was released but it will be worth noting if they acquire a notable free agent or take one earlier in the draft.

Don’t look for the backfield to suddenly rely on a workhorse. Philbin’s offenses relied heavily on committee backfield. The initial years saw Ryan Grant with more than 1,000 rushing yards for two seasons but usually were a mishmash of backs that rarely exceeded 150 carries in a year. Jamaal Williams is expected to be the primary rusher but he’ll share some of that load.

There is a change in offensive coordinator, but really not. It’s just back to the same offense that won their last Super Bowl.