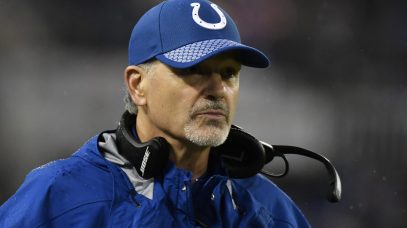 During our coaching changes series, we haven’t focused much attention to defensive coordinators, primarily because of the typical year-over-year inconsistency and an overall lack of interest from readers. However, when the No. 1 defense in fantasy football loses its architect, even casual gamers take notice.

Chicago Bears defensive coordinator Vic Fangio survived the coaching exodus following the firing of John Fox prior to the 2018 season. New head coach Matt Nagy’s decision to keep Fangio aboard was handsomely rewarded by Chicago fielding the top-ranked defense in a number of categories, including takeaways (36), interceptions (27), interceptions returned for touchdowns (5), lowest passer rating allowed (72.9) and plays of 20 yards or more permitted (46). The 2018 Bears set a franchise record for the fewest rushing yards allowed in a 16-game season. All of this success led to Fangio being hired as the Denver Broncos head coach shortly after Chicago was knocked out of the postseason.

The departure, which included secondary coach Ed Donatell joining Fangio, led Nagy to look outside of the franchise for his new defensive playcaller. Pagano coached the Indianapolis Colts from 2012-17 and publicly battled leukemia during the 2012 season. He returned for the final game of that year and has been in remission ever since. The veteran coach decided to work as a consultant to the NFL in the 2018 season.

Pagano is widely known for his defensive prowess, even though he coached as a coordinator just one season in the NFL (2011 Baltimore Ravens). His style is one of controlled aggression. Knowing when to attack rather than just to attack is the mantra of his philosophy. The 2011 Ravens ranked third in fewest points and yards surrendered. It gave up the fewest passing touchdowns, second-lowest rushing yardage figure, and the fourth-fewest passing yards.

That stellar season led to Indy giving him a shot as its head coach. Greg Manusky was his defensive coordinator during the first four years with the Colts. Replacing him for two years was Ted Monachino. Manusky and Pagano collaborated to create the defensive game plan and schemes.

The defense in Chicago will not radically change from a philosophical perspective, but there will be noticeable nuanced differences between Fangio and Pagano. The first thing is blitzing. Fangio defenses regularly ranked among the lowest in the league — this is a two-way street, though. Teams with a great front four don’t need to blitz linebackers and the secondary as much to apply pressure. Pagano blitzes closer to the league average, roughly 30 percent of the time. Look for more safeties and linebackers bringing heat than slot and corner blitzes.

The Bears should move linemen around more frequently and try to develop pre-snap mismatches as well as confusion. Another aspect that may have nuanced difference is how Pagano plays to the strengths of his defenders rather than put the player into a role and force him to adapt.

Chicago should be among the top defensive choices in 2019 drafts. There’s always a concern due to the coaching change and expectations. Typically, top fantasy defenses cycle in a short period of time, and overdrafting them is never advised — see the Jacksonville Jaguars last summer.

Part of Jacksonville’s demise can be attributed to inexperience and entitlement. Don’t believe for a second the combination of Nagy and Pagano will tolerate such attitudes in Chicago. No team this loaded with talent, specifically the likes of Khalil Mack, Roquan Smith, Danny Trevathan, Akiem Hicks and Eddie Jackson, is likely to just fall off the map.

In traditional league formats — 12 teams, 16-player rosters — the Bears are a Round 13 value … which guarantees this team will be drafted somewhere near the eighth round in some leagues. Don’t be that person. With six defensive touchdowns fueling its success, Chicago could be a volatile selection if the coaching change is slow to take hold. The earliest reasonable reach is in the 11th round.