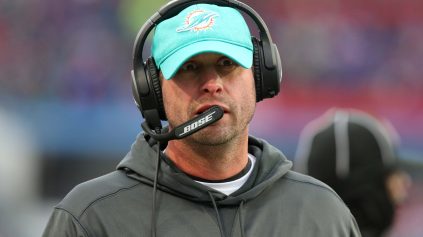 The New York Jets replaced floundering defensive-minded head coach Todd Bowles with an offensive brain in former division rival Adam Gase, whose three-year run with the Miami Dolphins resulted in one winning season and ample head-scratching moments from the play-caller.

Jets fans have been vocal (what else is new?) about the hiring of the 40-year-old Gase, and there is merit in the concern. However, the positives include Gase having three years of experience as a head coach, so he won’t be immediately behind the curve. The change in philosophy from a defensive mind to an offensive one is a plus for second-year, franchise quarterback Sam Darnold.

Dowell Loggains and Gase reunite as the former takes on the role of quarterbacks coach and will be the in-name-only offensive coordinator. Gase will call the plays, although Loggains will work at implementing game plans. Veteran defensive coordinator Gregg Williams has agreed to join in the same capacity and has a task of turning around a unit ranked fourth-weakest at limiting yardage and that surrendered the sixth-most points per contest.

Gase is often viewed as being instrumental in molding quarterbacks. Jay Cutler is usually cited as the primary example. While Cutler did play his best ball under Gase, the big-armed passer never materialized into a top-flight quarterback. In Gase’s two years as the OC in Denver, Peyton Manning was his signal-caller. Ryan Tannehill was oft-injured during Gase’s tenure, playing in only 50 percent of their games together, and there wasn’t a clear improvement in his game when he did see the field.

As the table illustrates, his freshman year as a play-caller was the only time any of Gase’s offenses led the NFL in a category, and he was by far the most balanced in play-calling during his time in Denver. Manning tended to have that effect. The biggest takeaway from Gase’s time in Miami was his frustratingly inconsistent usage of running back Kenyan Drake.

Some of the offensive struggles can be placed on Tannehill’s inability to stay healthy, but it was bizarre to see the offense’s most explosive weapon rarely asked to shoulder of the load. Sure, Drake isn’t necessarily a workhorse, yet Gase rarely put him in positions to succeed. It is more baffling since Gase had earned a reputation as being adept at tailoring his offense to its personnel. Gase also had been accused of being too passive in his play-calling last year, especially on third downs.

It is mostly unfair to place the entire blame on Gase in Miami. The front office simply didn’t do a good enough job of building the roster. The Jets have some rising talent on the defensive side of the ball, and Williams will push the brass to add a marquee pass rusher. The offense is arguably one of the least talented units in the entire league.

Offensive tackle: This line ranked dead last in 2018 run blocking, per Football Outsiders, and the pass-pro grade wasn’t anything about which to write home. The franchise has to protect Darnold for his growth and long-term durability. Interior upgrades are possible. Guard James Carpenter is poised to become an unrestricted free agent. Proven guards are available on the open market. Center needs to be upgraded. The position is extremely thin in both draft and free agency. An elite pass-rusher on defense is a must, so it will be interesting to see how the Jets prioritize in the NFL draft.

Running back: Perhaps Le’Veon Bell is one of the targets for the Jets. There are several backs expected to be on the market who can contribute in a committee format, but none of them are game-changers like Bell.

Wide receiver: Stretching the field is important, and Anderson is capable of getting behind the secondary, but moving the chains on a consistent basis is imperative. Quincy Enunwa has played well in this area and showed chemistry with Darnold, although injuries and physical limitations have him trending closer to being a warm body than a playmaker. The bottom line, the draft doesn’t offer a strong class, and free agency is laughably thin at the position. Trading for Antonio Brown could be an option, and New York certainly has the cap space (roughly $100 million). Paying a premium in trade compensation and salary to a wideout on the wrong side of 30 doesn’t make much sense for this franchise.

Darnold simply needs better protection and more weapons. He will pop off for a game or two that deserves fantasy attention and even a lineup spot, but predicting those efforts could be a disastrous endeavor. The Jets need more consistency out of the running game to put Darnold in better positions, especially in drive-sustaining situations, such as third-and-short. In 2019, Darnold is no more than a matchup play in the deepest of formats.

Isaiah Crowell and Elijah McGuire are the top backs under contract. Both players deal with injuries in 2018, and neither is the answer to New York’s woes. They form a capable but unspectacular duo. The Jets are expected to pursue positional upgrades in the offseason. Crowell probably will be sent packing, and McGuire is more likely to remain as a change-of-pace back due to his low price tag.

Anderson is the top receiver but has been embattled by legal issues, injuries and inconsistent play. He and Darnold didn’t click particularly well in 2018. Assuming Anderson is indeed a Jet in 2019, there is hope for more production with a full offseason of chemistry-building in the new system. Anderson is a risk-reward WR3 whose value is at its peak in non-PPR setups.

Enunwa’s contract was re-upped in December, but, as mentioned, he is injury-prone — and doesn’t provide much outside of PPR flex situations. His role could diminish greatly if the Jets opt for landing a true WR1. For now, view Enunwa as a roster-filler.

Tight end Chris Herndon flashed several times as a rookie and could be the most inspiring fantasy target of this passing game. He’s athletic and displayed a rapport with Darnold as the year progressed. The position is extremely volatile, which makes Herndon a viable fantasy pick late in drafts. He has considerable upside but also could be a year or more away from making substantial strides.

The idea of adding both Bell and Brown could be tantalizing for Jets fans, and while the cap space does exist, it remains to be seen if 1) a trade will happen for Brown from Pittsburgh’s end 2) Bell even wants to play in New York.

For now, this should be considered a rebuilding year as Gase looks to get his own personnel in place and then acclimated to his system. It will take time, and the 2020 Jets should have a much brighter outlook than the ’19 version. New York needs significant upgrades at far too many key positions before fantasy owners can get excited about the future of Darnold — theoretically, the best weapon of this offense.