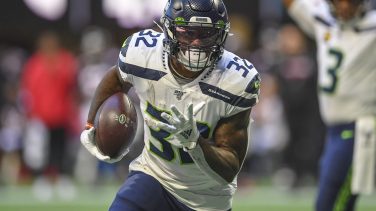 It hard enough for fantasy owners to navigate the bye weeks that deplete rosters on a planned basis, but what often kills fantasy teams – just like in the real NFL – are having key players miss time due to injury.

This year, it would seem that the hits just keep on coming as they rarely have in the past. There isn’t a position that is immune – even consistently high-scoring kicker Stephen Gostkowski has been felled by the rash of injuries. To look around the league, it’s become an epidemic that has crushed a lot of fantasy seasons.

Here is a list of the players by fantasy position that have missed time this season, keeping in mind we’re only halfway through the season for 18 teams and seven games in for 14 more (those who have already had their bye week. The players are listed by their viewed fantasy importance on draft day, not necessarily the number of games they’ve missed – but that factors in just as heavily.

Not all of these players have been ones viewed as every-week starters for fantasy owners, but, in larger leagues, many of these players were counted on to be available to play in favorable matchups. But, the reality of the 2019 fantasy season is that, at its midpoint, five players or more at each of the primary fantasy positions have missed time due to injury…and the season is only half done and that number is sure to grow as the fantasy season becomes a year of attrition and luck for a lot of fantasy owners.

Chris Carson – There was an uneasy feeling among some fantasy analysts that Carson would get caught up in a timeshare with Rashaad Penny with C.J. Prosise looming in the background. In his first three games, Carson had 15 carries in each of them but was averaging just 53 yards a game. Over his last five games, Carson has rushed 20 or more times in each and is averaging 100 yards a game. He has become a full-on workhorse and has made himself indispensable to all fantasy owners who have him on their rosters.

Ryan Tannehill – When the Titans signed Tannehill as a free agent when his era ended in Miami, there was a legitimate belief that, if Marcus Mariota struggled again, this time he would have true competition for his starting job. In the two games Tannehill has started, he has thrown for 505 yards and five touchdowns – 312 yards and two TDs in one and three TDs in the other. More importantly, they both came in Titans wins, which gives Tannehill a lot more credibility – in the short-term and long-term.

Latavius Murray – Everyone knows that Alvin Kamara is a rare talent, but, in the fantasy game, it’s all about specialization and doing what you do well. In his two years in Minnesota, Murray was an insurance policy for Dalvin Cook that was cashed in on in both seasons with the Vikings. In the first six games of the season, Kamara never hit 100 yards rushing. In fact, after Week 1, he never hit 70. At the same time, Murray never had more than eight carries. In the two games Kamara has missed, Murray has rushed 48 times for 221 yards and three touchdowns, as well as 14 receptions for 86 yards and another TD. He’s been more proved himself and, in many ways, has outperformed Kamara in his stint as a starter.

Stefon Diggs – Well, creating trade rumors by your disgruntlement has its perks. In the first three games of the season, Diggs was largely an afterthought in the Vikings run-heavy offense. He had just six catches for 99 yards and one touchdown. In Minnesota’s worst game of the year – a humbling loss at Chicago – Diggs caught seven passes for 108 yards. In his last three games, Diggs has caught 21 passes for 453 yards and five touchdowns – the most prolific three weeks of his NFL career. Kyle Rudolph owners now hope he calls out Kirk Cousins.

Daniel Fells – If the “30-for-30” types said, “What if I told you…” that the Texans are known for having multi-touchdown receiving games. Four guys have done it this season. Fells is the only one has done it twice. In a year when tight end scoring production is down, he has five touchdowns in the last six weeks, including a pair of two-TD games in the last four.

Carson Wentz – In his first four games of the season, Wentz looked like the guy who took the league by storm in his second season, throwing nine touchdown passes – including a pair of three-TD games. In his last four games, he has thrown just five TDs and been held to 191 passing yards or less in four of the last five. The Eagles are becoming a run-dominant team and, without a legitimate deep threat, Wentz’s numbers have suffered as a result.

Le’Veon Bell – We expressed our concerns about Bell a month into the season when he had you to top 70 yards rushing and had just one touchdown heading into the Jets early bye week. Seven games into the season, Bell still hasn’t had more than 70 yards rushing, has caught just five passes for 21 yards in the last three games and has scored just two touchdowns all season. For a player who was building a Hall of Fame resume, you have to wonder if his year away from the game took something away from him because none of his 141 touches have resulted in a single play gaining 20 or more yards.

Brandin Cooks – Cooks has always been a hit-or-miss big-play machine, but, like Robert Woods, his numbers have been brutal in recent weeks. In his first four games, he was his usual self, catching 19 passes for 296 yards and one touchdown – numbers that would have him in pace to catch about 75 passes for 1,200 yards. In his last four games, he has caught just eight passes for 108 yards and no TDs. He’s become invisible in a Rams offense that is finding other weapons to exploit.

T.J. Hockenson – The first tight end taken in the top 10 picks since Detroit did it before by selecting Eric Ebron. In his first NFL game, Hockenson got everyone’s attention by catching six passes for 131 yards and a touchdown. In the six games since, he has caught just 13 passes for 109 yards and one TD. He has the talent to be something special and the Lions invested a lot to take him where they did, but, to date, he hasn’t shown he can be a difference-maker in the prolific Lions pass offense.

Odell Beckham Jr. – When he arrived in Cleveland, much of the offseason was spent mulling what it will be like when the Browns dominant the AFC North and put perennial division powers Pittsburgh and Baltimore in their place. Things got off to a strong start for OBJ, who caught 13 passes for 232 yards and a touchdown in his first two games. In the five games he has played since, he has caught just 21 passes for 256 yards and no touchdowns. He was drafted to be an every-week player like Julio Jones, Michael Thomas and DeAndre Hopkins. Now, fantasy owners with other options are benching Beckham because the return on investment simply isn’t there.