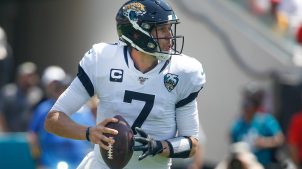 PLEASE NOTE: The NFL releases their final official injury report late on Friday (after 5:00pm ET) and teams on the west coast often report their injuries late and are not included.

CHICAGO BEARS
RB David Montgomery (ankle) put in a limited practice on Thursday but went full the rest of the week, so he’s expected to play through his questionable tag. TE Trey Burton (calf) and TE Adam Shaheen (foot) are both out for Sunday.

DENVER BRONCOS
WR DaeSean Hamilton (knee) “tweaked” his knee in practice on Thursday and was limited on Friday. He’s questionable but expected to play Sunday. WR Tim Patrick was activated off IR this week and may see some snaps Sunday. TE Jeff Heuerman (knee) will not return to the playing field this week as he’s doubtful.

DETROIT LIONS
QB Matthew Stafford (hip, back) has been declared out and will miss another game. RB Ty Johnson (concussion) progressed from DNP on Wednesday to full participant on Friday, so he’s trending towards playing with his questionable tag.

HOUSTON TEXANS
WR Will Fuller (hamstring) put in some limited work this week in practice and is a questionable game-time decision on his return to action.

INDIANAPOLIS COLTS
QB Jacoby Brissett (knee) put in a full week of practice and will return to action this weekend. WR T.Y. Hilton (calf) has been ruled out again, as has WR Parris Campbell (hand).

JACKSONVILLE JAGUARS
The Jaguars activated QB Nick Foles (clavicle) from IR last week and he’s expected to be the starter Sunday. WR Dede Westbrook (shoulder) returned to full practice this week and is not on the team’s final injury report.

LOS ANGELES RAMS
WR Brandin Cooks (concussion) has been ruled out and his return following his second concussion of the season is unclear. TE Gerald Everett (wrist) was limited all week in practice but expected to play despite his questionable status.

MINNESOTA VIKINGS
WR Adam Thielen (hamstring) didn’t practice all week and remains out. WR Josh Doctson (hamstring) was activated off IR this week but he’s not expected to get many snaps Sunday.

NEW ENGLAND PATRIOTS
TE Matt LaCosse (knee) made it to questionable this week after limited practices. His return to action is unclear.

NEW ORLEANS SAINTS
The Saints designated WR Keith Kirkwood (hamstring) for return from IR but it is unclear if he’ll be active Sunday.

NEW YORK JETS
RB Le’Veon Bell (illness, ribs, knee) only put in limited practices this week on Thursday and Friday but the team is optimistic he’ll play despite being tagged as questionable. Typical veteran week for WR Demaryius Thomas (knee, hamstring) picked up a knee injury this week, had his usual limited practice time and is his typical questionable on the injury report that he’ll play through. TE Chris Herndon (ribs) was placed on IR, ending his season.

OAKLAND RAIDERS
RB Josh Jacobs (shoulder) was limited in practice Wednesday and Thursday but went full speed on Friday and was not on the team’s final injury report.

PHILADELPHIA EAGLES
RB Darren Sproles (quad) was placed on IR this week, ending his season. RB Jordan Howard (stinger) had a no-contact week of limited practice and is a questionable game-time decision. WR Alshon Jeffery (ankle) will not make it onto the playing field following the team’s off week. He’s out.

PITTSBURGH STEELERS – Played Thursday Night
RB Benny Snell (knee) remained out this week. RB James Conner (shoulder) was forced from the game after aggravating his shoulder injury. WR JuJu Smith-Schuster (head) and WR Diontae Johnson (head) were both injured on helmet-to-helmet hits this week. Both will be in concussion protocol and their status for Week 12 is unclear.

SEATTLE SEAHAWKS – Bye Week
WR Tyler Lockett (leg) has been dealing with complications but is expected to “be OK” for Week 12 action. TE Luke Wilson (hamstring, rib) is expected to be able to play following the off week. TE Ed Dickson (knee) is expected to return to action in Week 12.