Sound off: Derrick Henry plays where in 2020?

Sound off: Derrick Henry plays where in 2020?

Update: Moments after publishing, Tannehill signed an extension with the Titans. The Tannehill poll has been removed. Henry is likely to receive the franchise tag, and it’s only a matter of whether he’ll sign it, which is an option in the poll.

The ratification of the new collective bargaining agreement has removed the use of two tags, which means the Tennessee Titans will be forced to work out a deal with either quarterback Ryan Tannehill or running back Derrick Henry and place the franchise tag on the other guy.

The Titans are expected to tag Henry and let Tannehill explore the market, and it makes much more sense financially for the team to follow this path. That’s not to say Tannehill won’t be offered a respectable contract by Tennessee.

What’s ahead for Henry in free agency? 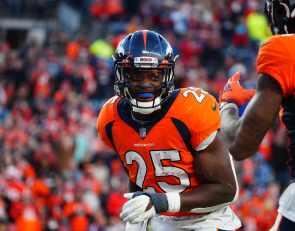