Here’s my last updated 2020 NFL mock draft. I tend not to project trades, since the entire draft is such a crapshoot anyway, but I couldn’t help myself with one this time around.

The Denver Broncos desperately need and want a top-flight receiver, which was going to be iffy, even at No. 15. I don’t see Henry Ruggs as being a true WR1, and it’s early for Justin Jefferson. I have Jerry Jeudy going to the Raiders at No. 12. Therefore, in order to get ahead, Denver trades with the New York Jets at No. 11, allowing Gang Green to fall back to 15th overall and still get the second-best cornerback to fill a glaring need.

Guess the wide receiver by their college stats

The Jets still need a receiver, as does Denver need a cornerback, but the receiver class is much deeper than corner. New York can wait on the position and still have a competent offense if it gets the most out of RB Le’Veon Bell, TE Chris Herndon, WR Jamison Crowder and WR Breshad Perriman.

A few items that I’m on the fence about or could see playing out in a much different way: 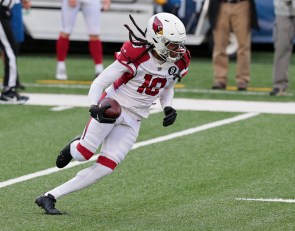 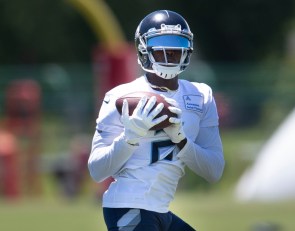