Two things should be abundantly clear to every fantasy sports professional: You’re wrong almost as much you’re right in reality, and you’re wrong all of the time in the eyes of social media pundits. It’s fine. Having thick skin is a prerequisite for survival in this industry. A long-running rule of thumb is that being right 60 percent of the time is considered good. In other words, we’re in the same boat as meteorologists.

While being wrong roughly four out of 10 times isn’t ideal, it also illustrates the disparity in accuracy from the general public to people doing prognostication for a living. That’s not a brag but a fact of life in this business. That’s also not to say brilliant fantasy minds and competitors don’t exist outside of the sphere of people fortunate enough to do this for a living. But it’s super common to hear — especially when drafting in the middle of June — how wrong our picks are and what we should have done instead. Par for the course … Yet, every so often, someone’s critiques open our eyes to reevaluating a situation — or at least they should if we’re being open-minded.

That’s a long-winded way of saying, “Keep the hate coming!” I won’t pretend to speak for everyone, but it’s motivating, since millions of people would happily trade in their day jobs for mine, and I’m never going to let myself lose sight of it.

Where does that miniature rant come from? The feedback to my Fantasy Sports and Gaming Association (FSGA) draft results.

Monday, June 22, witnessed 14 of the industry’s most prominent companies represented in an online draft. We normally congregate in person. I’ve been in this league for roughly a decade now, and one of the first things I learned was the need to take calculated risks at a level unprecedented in any other professional draft. In addition to this being a 14-teamer, comprised by some of the brightest minds in fantasy, the loser goes home. This year, the bottom three teams get the boot.

In short, I much rather take a chance reaching for some players I expect to break out and then fail miserably instead of finishing in the middle of the pack with an uninspired effort.

In 2019, I hated my draft and was roundly panned for it. I had no business being in the playoffs if we were grading on an immediate post-draft reaction. That team finished as the second-highest scorer and landed in second place, earning a first-round bye week. While it was bounced in the second round after a flat showing, that lineup scored the most points of all teams during the bye and would have beaten all teams over the rest of the playoffs. Again, that’s also not a brag. It’s an illustration that the season is so much more than the aesthetics of a draft result in June. Or July. Or August and September.

It’s easy (and fun) to get caught up in the immediate reactionary takes about a roster. However, luck avoiding devastating injuries, astute inseason waiver manipulation (no trading in this league), and — arguably most important of all — optimal lineup decisions matter so much more. Sometimes we all draft a team that is so dang good we get to skate through the regular season, but anyone who has played this game long enough knows how rare that tends to be when playing against 13 other professionals.

My team out of the eighth spot:

I’ll address the controversial picks rather than going line-item for 16 rounds worth of selections. 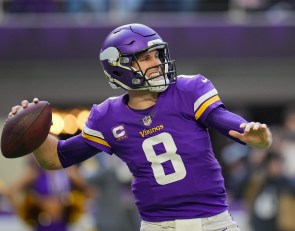