Fantasy football primer for the last draft weekend of 2020

Fantasy football primer for the last draft weekend of 2020

Drafting a fantasy football team this weekend? The Huddle has you covered for everything needed to dominate in the final weekend before the 2020 NFL season begins.

Week 1 is merely days away, but there’s still time to draft a winner, and The Huddle’s 24th season online is a testament to our dedication to making you a champion!

Let’s not waste any more time and get right into what you must know ahead of the big draft weekend.

Saturday, Sept. 5, at 4 p.m. EDT: the deadline in which teams go from 80-player rosters to 53 men, which is the standard number a team carries into the regular season. That means if you’re drafting early Saturday, it’s entirely possible one of your players could get the ax.

You cannot change your draft day, in all likelihood, but gamers can stay on top of the latest transactions and more by following our Huddle news feed. Make sure you’re up to date on the cuts and then waiver claims, which are due by 4 p.m. EDT Sunday. Gamers also can remain updated the latest injury news through our feed.

2) Stay sober: While it may seem silly, don’t let one draft of hard boozing affect an entire season of fantasy football. Party it up after the draft and celebrate your soon-to-be championship roster.

3) No one likes a homer: Well, except for that Homer. Heavily drafting players from your favorite team tends to lead to an entire season of hangover-filled mornings. This also includes taking a specific player over a better option just because that player is on your favorite team. Be objective.

6) Avoid F.O.M.O.: All too often owners will see or sense a miniature run at a position and overreact out of the fear of missing out. Always having a sound backup plan alleviates concern in this area.

7) Mocking mock drafters: “I don’t need preparation!” declares the eventual last-place owner on draft day. Everyone needs practice. Look back at all of the things in life that required some repetitions before you improved. Don’t take my word for it … ask your spouse.

8) Bye week blues: This cuts both ways — getting caught up in not paying attention to bye weeks and outright passing on talent because it would create multiple players at the position on bye. Later in the year, bye weeks are easier — not harder — to overcome due to months of roster manipulation.

11) ADP obsession: Time after time, owners get hung up on what the average draft placement suggests. It is merely a guideline, and anytime a service offering ADP compiles the data, it is impossible to weed out all variations and nuance. Use it for nothing more than a ballpark idea of when positional trends typically begin.

12) Drafting to trade: For some unknown reason, every year I have gamers asking me about which players to target solely for trading purposes. Drafting players for a potential trade bargaining piece down the line is unwise. Way too much can (and usually does) go wrong in this scenario.

*Requires a subscription to The Huddle’s draft guide

*Requires a subscription to The Huddle’s draft guide

RB Matt Breida, Miami Dolphins: Mid-round investment for an explosive back who could finish as a weekly play is tough to ignore.

WR Jamison Crowder, New York Jets: The 2019 PPR WR26 in Round 9 is little risk, all upside. Suspect competition only adds to his appeal.

PK Ka’imi Fairbairn, Houston Texans: A less prolific offense should mean more field goals after a down year for the 2018 PK1.

QB Kyler Murray, Arizona Cardinals: No real OL improvements and a questionable backfield the only things standing in his way of top-three QB play.

RB Kenyan Drake, Arizona Cardinals: A microscopic, albeit wholly impressive, stretch of elite production has to be questioned.

RB Raheem Mostert, San Francisco 49ers: The likely 1a of the one-two punch with Tevin Coleman has way more upside and showed a nose for the paydirt down the stretch in 2019.

WR Diontae Johnson, Pittsburgh Steelers: Stands to make the biggest Year 2 jump of any WR. Big Ben’s return and healthy talent around him only help.

DT Indianapolis Colts: Shored up DL and improved on the back end, too. Exploitable divisional opponents, plus reasonable schedule.

QB Daniel Jones, New York Giants: A new system for a streaky QB is a major concern during a pandemic; inconsistency is a killer in weekly leagues.

RB David Johnson, Houston Texans: Living off of one monster season in 2016, Johnson is officially a one-year wonder with injury concerns.

WR Stefon Diggs, Buffalo Bills: Not a true No. 1, the pouty WR faces a terribly inaccurate QB in a run-first offense — all in Western New York.

TE Austin Hooper, Cleveland Browns: The richest tight end in the NFL will struggle to see enough passes to matter in fantasy will be difficult in a run-heavy system loaded with receiving talent.

PK Younghoe Koo, Atlanta Falcons: No long-range track record is compounded by a questionable offense in a tougher division.

DT Minnesota Vikings: No Everson Griffen, Linval Joseph, and top three CBs from 2019 … plus a rookie starting CB. Even with Yannick Ngakoue, there’s too much turnover to warrant confidence.

The NFL has been remarkable successful to date in its efforts to keep COVID-19 at bay. That’s not to say players may not face an influx in infections once the season is under way and players begin traveling. 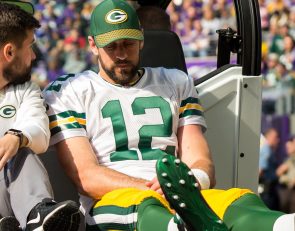 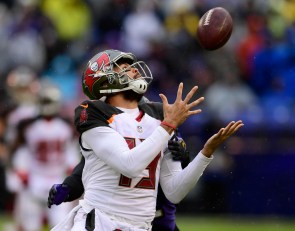 A concise look at each week of the 2021 NFL season’s schedule.

Each team’s schedule broken down by week in table format.

Which rookies have the most long-term fantasy football value?

Which rookies are most likely to offer fantasy value for 2020?

Tracking all of the 2021 NFL Draft picks by the their selecting teams.

Tracking all of the 2021 NFL Draft picks by round selected

Tracking all of the 2021 NFL Draft picks sorted by position