Top-ranked daily fantasy sports pro Jason Mezrahi, founder and CEO of WinDailySports.com, breaks down his favorite DFS plays at various salary ranges for the Championship Round of Playoffs.

We have made it AFC & NFC Champion games and things are heating up. It was a long year for us all, but I hope I helped you make it a profitable one. Our projection model at WinDailySports.com has been firing on all cylinders to this season so it’s time to crank out some playoff lineups. What I will do in this article is list some of our highest projected players based off raw points and our highest point per dollar plays based on DraftKings.com pricing.

These are some of the players Jason will be locking in his lineups on DraftKings and FanDuel for this weekend’s slate.

Assuming Patrick Mahomes comes back to play on Sunday he has to be the quarterback you have the most exposure to on this slate. After Rodgers and Brady outscored him last week and with Patrick dealing with the questionable tag due to the concussion I think his ownership will be lower than it should be. This will provide us with some leverage over the field and I believe Mahomes will be needed heavily for the Chiefs to move on to the Super Bowl. This game has an over / under of 54 which has the NFC championship beat by 3. With both the Chiefs and Bills missing a running game, this game should be played at a higher pace thus providing more possessions and drop backs for both quarterbacks. In this two game slate Mahomes may be the most popular but I don’t see a reason to fade him this weekend.

Like I stated above, if I was playing only one lineup on Sunday my lean would be to get more shares of the Chiefs vs Bills game over the Buccaneers vs Packers. The Bills barely ran the ball the entire game and this entire offense is in the hands of Allen. I will have the popcorn and beverages handy and I am truly excited to see both these games played out. I am hoping scoreboard watchers will look back to the first matchup vs the Chiefs and be scared off by Allen’s performance. He had a bad game, but a lot had to do with game script and some pretty bad weather conditions. Allen will be my second highest owned quarterback on the slate.

I never thought I would say this but Fournette is shaping up to be the safest running back on the slate. He has been the primary ball carrier and a go to receiver for Brady in the flat. I like the price better on DraftKings than on FanDuel but it’s slim picking on both sites. Aaron Jones is also in play but the way my lineup builds have started on DraftKings, I have been paying down at running back to pay up at wide receiver and tight end. Fournette should be safe for cash or tournaments unless the coaching staff decides to change the gameplan a game before the Super Bowl.

It will not be fun to watch, and Singletary could easily get less than 10 carries in this one but I’m hoping he falls into the endzone and catches some passes to finish off both halves. The price is just too cheap on DraftKings and I will be forced to eat some chalk and get different elsewhere. If Hellaire is out again I will increase more ownership to Williams instead because he has more upside than Singletary. Either way I will be rolling the dice with some Singletary come Sunday.

The price is too cheap and the consistency of Diggs at this point of the season is second to none. He is the true number one option in this offense and he should get more targets than anyone else on the slate this weekend. I will attempt to hit the lock button on Diggs in at least 80% of my lineups and run it back with either Hill, Kelce, or both. We should see another 100+ yard game and touchdown out of Diggs so count me in this weekend. In lineups I don’t have Diggs I will have shares of Beasley or Brown.

If you can hit value with Chad Henne throwing you the football for over a quarter imagine what’s to come if we can see four quarters of Patrick Mahomes slinging it in a shootout. Tyreek is truly a blur on the field and he will find holes in this defense and exploit it. As long as Mahomes suits up I will have plenty of shares of Mahomes, Hill, Diggs, and Kelce stacks this weekend. In lineups I don’t have Hill I will have Hardman (if Watkins is out again).

Travis Kelce is a wide receiver masked as a tight end. The numbers don’t lie and the production is as consistent as any receiver in the game. Receptions, Touchdowns, and yards after the catch are all parts of Kelce’s game. The Bills struggle defending the tight end and Kelce should eat against the 29th worst defense covering the position. I think it’s safe to set the floor at 20 and I will go as far as saying that I feel safer playing Kelce over Davante Adams in my flex, but it’s obviously very close.

Tonyan is simply mispriced on DraftKings. Whether you’re playing him at the tight end position or the flex in a double tight end stack $3,600, he is way too cheap for the safety he provides while looking for value on this slate. Tonyan is my preferred way to get exposure to the Packer side of the football and he will be a cornerstone value piece in my lineups.

We have some great football games on the slate and as a fan I feel truly blessed that we made it to this point of the season and we get 2 dream matchups and a great Super Bowl to come regardless of who makes it there!

Jason Mezrahi has been a professional, top-ranked Daily Fantasy Player on FanDuel and DraftKings for more than eight years. He has won FanDuel’s $155,555 King of the Diamond competition and placed second in DraftKings’ Fantasy Basketball World Championship, earning him $300,000. He owns and operates WinDailySports.com, which supports the DFS and Sports Betting community with resources such as tools, projection models, expert chat, in-depth written analysis and podcasts, plus much more. 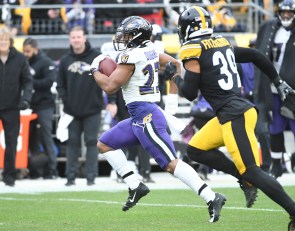