I was involved in a football roundtable discussion leading up to the start of Week 1 and the moderator asked, “What preposterous statement can you make about the 2021 season?”

I offered to go first.

“All four teams from the NFC West will make the playoffs.”

The rest were in unanimous agreement that my idea was preposterous. Last year was the first time such a concept was possible, but these are four teams built to win now. Russell Wilson has never had a losing season. Many project Seattle to finish last in the division. San Francisco has the personnel on both sides of the ball to make a Super Bowl run – their betting odds to make it show that. The Los Angeles Rams like to go all-in for a short-term run and felt all that was missing was a QB and traded for Matt Stafford. Arizona won eight games last year and is viewed by many as the trendy team to make the next big jump to relevance and dominance.

The new playoff format has four division champions and three wild cards in each conference. It can logically be assumed that Tampa Bay and Green Bay will be the prohibitive favorites to win their divisions. Someone has to win the NFC East crown. Beyond two-and-a-half teams, what team would you take right now over any of the four teams in the NFC West to make the playoffs in a head-to-head bet?

In Week 1, none of them played each other and they went 4-0. Three were on the road. Three were against 2020 playoff teams. And they won them all.

Thanks to the expanded schedule, what you do in the division has less of an impact if you have four quality teams than it ever has. Only six of the 17 games are played against division rivals. The other 44 games they collectively play will be against teams from other divisions (4-0 to start that slate), including the NFC North and AFC South.

Injuries may derail one of them, but it can’t derail all of them. Pay attention to the non-division games the NFC West plays this year. The only reason we won’t see more 4-0 weeks is that they’re going to start playing each other. It’s too early to be flying the “Mission Accomplished” banner, but we may be witnessing history that will be hard to replicate.

Injuries help make careers and the 49ers have made their share in recent years at running back because of injury. Mitchell, a sixth-round rookie, was supposed to be an afterthought on the practice squad. However, an injury to Jeff Wilson and a healthy scratch of third-round rookie Trey Sermon, left Mitchell as the next man up. He responded with 19 carries for 104 yards and a touchdown and made a case that he should be in the mix at a minimum and the lead dog at a maximum considering Raheem Mostert is out the rest of the year after choosing to have surgery.

With so many weapons missing from the New Orleans offense, it’s insane that Winston threw just 20 passes in his debut as the front man for the Saints. He completed 14 of them and, of those, five went for touchdowns. While one game doesn’t a fantasy starter make, one thing seems certain: Putting the boots to Green Bay and Aaron Rodgers has earned Winston the designation as the unquestioned starter – something that wasn’t a guarantee heading into Week 1. Winston was on the field for 60 of the Saints 62 offensive plays. He’s the starter – for better or worse and can be had on the waiver wire.

There were a couple other mid- to late-round fantasy receivers I considered here (Deebo Samuel and Ja’Marr Chase), but Davis was a player who, despite being handed the No. 1 receiver job with the Jets, was an extremely modest acquisition for a fantasy owner. In his debut, Zach Wilson spent most of the day running for his life. Most of his completions were of the short slant variety, but Davis caught five passes for 97 yards (a 19.4-yard average) and two touchdowns. The Jets didn’t win, and Wilson didn’t look great, but it was obvious Davis is the clear-cut No. 1 guy for Wilson. They’re only going to get more comfortable with each other as the year goes by.

There are certain guys I seemed to end up with every year. One who comes to mind is Frank Gore of Indy vintage. He would be my third or even fourth running back because everyone else projected him to hit the wall. He didn’t … until about seven years after that chatter started. He was a draft-and-trade guy in late September. I’ve always loved Ingram. He was ready to bust out before Alvin Kamara showed up in the Big Easy, and they meshed nicely – although cutting into each other’s value. In Baltimore, he showed out before he was quietly shown the door. Any running back for Houston is a problem because they’re going to be behind a lot this year. But, in Week 1, he had 26 carries – 11 in the first half and 15 in the second half. Granted, he only had 85 yards (3.3 a carry), but scored a touchdown. When you’re looking for depth, he’s not going to maintain that workload, but it’s nice to know it’s there. At worse, he’s a 1-yard belly flop for a touchdown late. If Ingram played Jacksonville every week, he’d be a starter every week, but there is value here.

I will be the first to admit that I’m not a big fan of Hurts – he strikes me as a poor man’s combo of Kyler Murray and Baker Mayfield. However, the Eagles thought enough of him to cut bait on Carson Wentz and stick with cribbage buddies Joe Flacco and Gardner Minshew. A lot of quarterbacks fatten their stats against Atlanta, but Hurts had arguably the best game of his career, all things considered. He completed 27 of 35 passes for 264 yards and three touchdowns. He had an incredible target share for the seven players to whom he threw. He had three TD passes to three different guys and no interceptions. And he ran seven times for 62 yards. He hasn’t reached the point that you bench a pedigreed starter to put him in, but he’s getting closer.

What makes Week 1 so troubling for those who used a first-round pick on Elliott was that the Cowboys were never in deep hole. Yet the Cowboys dropped back to pass 63 times and Elliott had 11 carries. Whether that was a one-game anomaly or not against a dominant run defense, it sure looked like an offense fully prepared to pass 50 times like it did when Dak Prescott was lighting up the NFL in September 2020. The fact Elliott had 11 carries for 33 yards and two receptions for six speaks unseemly toward his consistent role. The one takeaway was that, although the Cowboys had a chance to win Thursday night, they lost. That may have changed the tempo had they given Zeke a chance to do what he does.

The thing the separates great quarterbacks from good ones and good one from bad ones is the regularity with which they have an absolutely garbage game. Donning a man bun and looking almost disinterested, Aaron Rodgers had one of the worst games of his career against New Orleans. Considering it was his first game after his redemptive MVP award, he couldn’t have looked worse. He completed just 15 passes on 28 attempts for 133 yards, no touchdowns — throwing two picks — for a passer rating of 36.8. Nobody who has him is going to bench him, but it least it has to creep into consideration if anything close to this continues.

Often when Minnesota struggles, it is because they don’t get the ball in Cook’s hands often enough. That wasn’t the case in Week 1. He had 26 touches, which, for Cook, should translate into 150 total yards and a couple of touchdowns. He had 20 carries for 61 yards (3.1 per carry) and had six catches for 43 yards (7.2 yards per). The problem isn’t Cook. He still managed 100 total yards and a touchdown. But, his offensive line is hideous – maybe the worst in the league. Things aren’t going to get appreciably better until they have a starting five they can live with – and the left tackle (when he plays) is a rookie. Injuries kill fantasy players and sub-standard starters don’t do much better.

In his debut with the Titans, of the 36 passes targeted to receivers, only six came Julio’s ways. Two that he caught each went for 10 yards. One went for nine. And he got called out by his new coach for a stupid penalty. There is no questioning that Jones is a first-ballot Hall of Famer, but he is out of his comfort zone for the first time in his career. The early returns are brutal, which could lend to making a low-ball offer of magic beans to a Jones owner because things will get better, but he is known for lapses in production that string together. He will be benched more this week than perhaps any time in his career.

When CEH was drafted by the Chiefs, the dreams of huge things were running through Andy Reid’s head. Edwards-Helaire’s rookie season was supposed to be the making of legend. It wasn’t. In 13 games, he had three outings with 70 or more rushing yards and two games with more than 40 receiving yards. That was with Le’Veon Bell and Darrel Williams cutting into his time. He didn’t lack for opportunity in his second act. He had 14 of the 16 running back carries and had three receptions. They accounted for 72 yards – 43 rushing, 29 receiving. A trend becomes a trend when it continues. 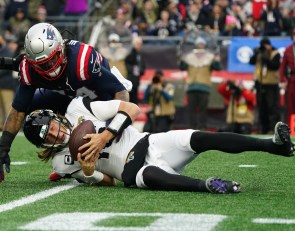 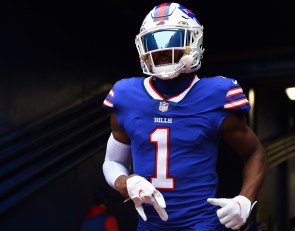 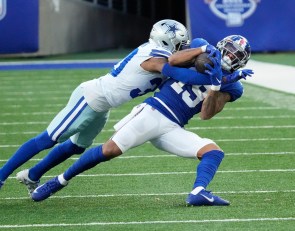