As we turn the calendar into a new year, there is still a lot to be decided for those teams looking to get in the playoffs. For this week, we chose five players who are in the thick of the race to get to the postseason in hopes that their performances (good or bad) will take you to the pay window.

Tennessee is trying to hold off the Indianapolis Colts and won last week due in large part to wide receiver A.J. Brown. He had a monster games and, at times, looked uncoverable. The Miami Dolphins have a good defense, which could explain why Brown’s number is low (71.5 receiving yards at -114 for both Over and Under). Xavien Howard will likely be chasing him, but Ryan Tannehill is probable to lock in Brown downfield. If he catches five passes, he should hit this number. Take the Over (-114).

Keeping Up with the Joneses

With the injury to Leonard Fournette, Tampa Bay Buccaneers RB Ronald Jones once again finds himself in the center of the offense. He’s been a forgotten man in Bruce Arians’ system for the last year-and-a-half. His Over/Under is modest (67.5 rushing yards at -116 Over, -111 Under). Last week, he had 20 carries and gained just 65 yards, but that was against a good run defense in Carolina. This week, he’s facing the hapless New York Jets. The Bucs are massive favorites and should have a comfortable lead by halftime. If that expectation happens, Jones will get get pounded time and again and should hit close to 20 carries once more. Against the Jets defense, that could mean 100 rushing yards. Take the Over (-116).

Miami Dolphins QB Tua Tagovailoa is being given a pretty respectable Over/Under against Tennessee (240.5 passing yards at -114 for both). Often times, quarterbacks produce higher yardage numbers in games in which they’re getting beaten and have to pass. That hasn’t been true of Tua. His best yardage days have come against the hounds of the league. In 11 games, he has topped this Over/Under number only four times – three of those against the Jacksonville Jaguars, Jets and New York Giants. When he faces good teams, they tend to keep him in check, and the Titans qualify as a good team. Take the Under (-114).

Cut to the Chase

Cincinnati Bengals WR Ja’Marr Chase has had an outstanding rookie season and has been the big-play threat in the Bengals offense, averaging more than 17 yards per reception. He goes up against a Kansas City Chiefs defense that plays a lot of man coverage and takes chances. In what looks to be a back-and-forth, up-tempo battle, his Over/Under isn’t outrageous (67.5 receiving yards at -115 Over, -112 Under). There is plenty of competition for receptions from teammates Tee Higgins and Tyler Boyd, but if Chase catches four passes, his numbers tell you he will hit the point. Take the Over (-115).

It has been an up-and-down season for Dallas Cowboys RB Ezekiel Elliott. His Over/Under this week is likely the lowest of his stellar career to this point (53.5 rushing yards at -115 Over, -112 Under). The reason is obvious – he hasn’t hit 54 rushing yards in any of his last nine games. However, in a game against the Arizona Cardinals with a lot on the line for both teams, look for Dallas to try to remained balanced on offense, which should mean a healthy dose of Elliott and Tony Pollard. I wouldn’t blame anyone for taking the Under, because he hasn’t hit his current number in nine straight games, but all streaks come to an end, and the hunch is that it ends Sunday. Take the Over (-115). 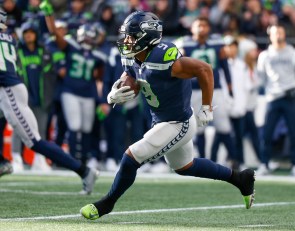 Who were the top performers in Super Bowl history?