The Baltimore Ravens sent Marquise Brown to the Arizona Cardinals in exchange for the No. 23 pick in the NFL draft. The former first-round pick still has two years left on his contract (fifth-year option) and has improved in each  of his three seasons.

His 91 receptions in 2021 ranked No. 12 among NFL wideouts, and his departure from The Ravens leaves them with only Rashod Bateman and Devin Duvernay as veteran starters. They combined for only 79 catches so the trade leaves a big hole to fill for Baltimore in an offense that doesn’t pass much.

The Cardinals upgrade their wideouts that consist of aging AJ Green, second-year Rondale Moore and DeAndre Hopkins, who is returning from knee surgery. The Cardinals lost Christian Kirk to the Jaguars, and Brown can fill his spot.

With Hopkins already an elite possession receiver, the addition of the speedy Brown gives Kyler Murray a field stretcher that runs a 4.32 40-time. This should be a benefit to Brown as well, trading the run-heavy Ravens for the Cardinals passing attack. He should hold onto WR2 value even as the complement to DeAndre Hopkins in a new offense that threw 147 more passes than the Ravens in 2021. 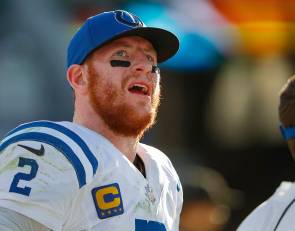