There have been more than a few questions posed as to whether Philadelphia Eagles quarterback Jalen Hurts can be a complete NFL quarterback. He’s an explosive runner, but any QB can only do so much with the dumpster fire that was the 2021 Eagles wide receiver corps (or corpse, if you will).

To understand where the Eagles are now as to where they were when the 2021 season ended comes with a set of player dominoes that have fallen due to a couple of bad draft decisions, which forced Philadelphia to go back to well again and again at the expense of other positions of need.

If 2019 second-rounder JJ Arcega-Whiteside wasn’t such a colossal bust out of the gate, the Eagles may not have taken Jalen Reagor in the first round in 2020. Considering that Justin Jefferson was available – and preferred by many – when the Eagles took Reagor, they went all-in and watched helplessly as Jefferson dominated while Reagor did little to nothing.

Had the Eagles drafted Jefferson and his career trajectory was similar in Philly, there is no chance the team would have tripled down and taken DeVonta Smith last year in the first round.

Smith showed he was the real deal in 2021, leading the team in all receiving categories. But, he didn’t have the supporting cast to be a devastating threat, because he could be double covered at any time, and the best they had after that was a razor-thin Quez Watkins, who can be stymied at the line by a physical corner.

The 25th-ranked pass offense last season, the Eagles were among the teams that decided to make this offseason the “Year of the Wide Receiver.” The pay structure was skewed and Philadelphia was in the middle of it – giving up a first-round pick (and a third) to once again take a wide receiver, but this time it was adding A.J. Brown in a blockbuster trade with the Tennessee Titans.

Brown is a big, physical target who will immediately elevate Hurts’ game. He’s a WR1 all day long. He helped get Ryan Tannehill paid and then was shipped out of the Music City. Brown is the best wide receiver the Eagles have had since Jeremy Maclin almost a decade ago. That’s a long time for a salty fan base.

When free agency opened, the Eagles had already made a mild splash by signing Indianapolis Colts free agent Zach Pascal to a one-year, incentive-heavy deal. At the time, it was to be a complement (and upgrade) opposite Smith. Now, it’s as the third receiver in a completely revamped offense.

The underachievement in the passing game to date for Hurts has been the result of him not having enough weapons at his disposal – and slow read times on developing plays as they unfolded. There has been the built-in excuse that failures of the Eagles’ pass offense were the result of not having the needed depth at wide receivers.

Reagor is still there. Whiteside is still there – although apparently now taking his injury-laden talents to tight end. But neither of them are on the radar anymore as being the saviors of the passing game.

Brown is a legitimate WR1 in any scheme with any quarterback. He is, though, a slight injury concern after having issues with both knees in Tennessee. Smith is a strong No. 2 with enough big-game potential to see him likely to be overdrafted as a potential fellow WR1 alongside Brown. Pascal is a nice roster-filler for late-round depth. He will have his big days along the way, but he’s mostly unplayable in conventional fantasy. There’s utility in best-ball settings, however.

Over the last few seasons, Eagles wide receivers have been much more miss than hit on fantasy rosters – more depression than success. It’s been a long time since Philadelphia has lined up as formidable a top three wide receivers as they will this season. The fact is a year ago at this time, none of them was in an Eagles uniform yet, so there is a lot of learning to do as a group.

In early drafts, both Brown and Smith are being selected appropriately — Rounds 2 and 6, respectively. Smith helped elevate Hurts last year. Brown could help put the quarterback (and the Eagles) over the top offensively. 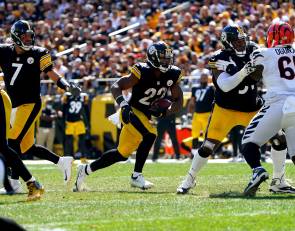