Considering that Cincinnati Bengals quarterback Joe Burrow (appendix) entered camp last year coming off a torn ACL that had halted his rookie campaign 10 games in, the news that the ascending superstar had undergone an appendectomy in late July feels like a minor inconvenience. Still, it’s another setback physically for a young quarterback who already suffered two knee injuries, including a sprained MCL during the team’s Super Bowl loss to the Los Angeles Rams.

Head coach Zac Taylor indicated the surgery went “smoothly,” but as of yet there has been no timeline given by anyone within the organization — Burrow’s father, Jim, said that his son would be back “in a few weeks” during a podcast appearance earlier this week, for whatever that’s worth. He did some light throwing on Monday, Aug. 8, which represented his first time picking up a ball since the surgery, and offensive coordinator Brian Callahan indicated that Burrow was feeling better.

For comparison, Rams quarterback John Wolford had the same procedure done on Aug. 6, 2021, and he was practicing in full by Aug. 19. While Burrow won’t hit that mark, there appears to be no concern about the speed of his recovery. With their Week 1 meeting against the Pittsburgh Steelers still more than a month away, it seems unlikely that the LSU alum will miss games because of it.

Although the team would doubtlessly like to have Burrow in camp, notching reps and knocking the rust off, bear in mind his top three receivers from last season all return, and the team played into February — both of which work in his favor. Even a week or two of preparation leading into their meeting with the Steelers should be adequate to get Joe Shiesty ready to roll.

Coming off a breakout sophomore season, Burrow appears poised to join the game’s elite signal callers. Given there is no long-term concern following his surgery, there’s no reason to reassess Burrow’s value as less than a midrange QB1 for 2022. 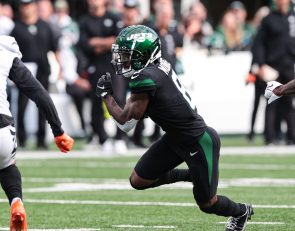 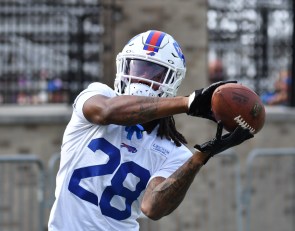