Deshaun Watson has agreed to an 11-game suspension and a $5 million fine in connection to his lengthy legal woes of the past year. Watson had previously been issued a ruling by Judge Susan Robinson for a six-game suspension but the NFL challenged that finding. Both the NFL and NFLPA have signed the agreement to conclude the issue.

Missing 11 games with a new team is not ideal, but Watson has a chance to play in the final six games – better than the full one-year suspension that was said to be considered. Watson has been with the team this summer and his suspension begins August 30, when the final roster cutdown is made.

The 11 games brings the Browns through Week 12, and his first eligible game is Week 13 when fate has him playing in Houston. Watson will have gone almost two full years since he last played in an NFL game. He misses out on invaluable time with the team but at least has an opportunity to play in the final six weeks as a precursor to the full year in 2023.

He’s only a draft and hold but will cost you an earlier pick than warranted  because he’ll be taken based on his past performance, not current situation. He’s better off on someone else’s roster. Out that long makes him a too big of a fantasy risk.

Watson will play at the Texans, at the Bengals, the Ravens and Saints, and finish on the road to the Commanders and Steelers. 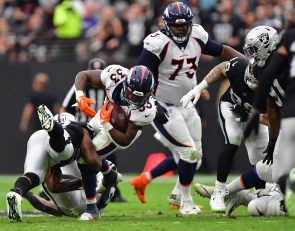