The Washington Commanders rookie running back Brian Robinson was reported to be wounded in an apparent carjacking attempt in Washington, D.C., according to the D.C. police department. He was shot twice and taken to a hospital for treatment for what is believed to be non-life threatening injuries. He is reported to be in stable condition and an update on his status will be made later.

Robinson was the Commanders’ third-round pick in the 2022 NFL draft and had made progress in the committee backfield that is planned this year. He is expected to share rushing duties with Antonio Gibson and had posted a strong showing in practices and preseason games. The ex-Alabama star had risen in fantasy football rankings this summer.

Until more is known, Gibson remains the primary rusher with J.D. McKissic acting as the third-down back. Robinson’s fantasy stock will become more apparent once a definitive statement is made regarding his prognosis. 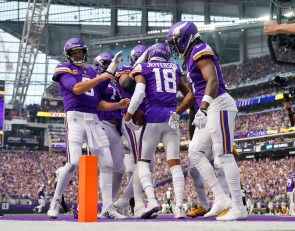 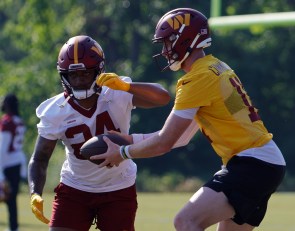 What to expect from the Washington Commanders backfield