Tampa Bay Buccaneers wide receiver Mike Evans will be suspended one game, pending appeal, for his role in a Week 2 brawl vs. the New Orleans Saints, specifically for shoving cornerback Marshon Lattimore.

The two have a storied rivalry that resulted in a one-game suspension for a previous incident in 2017, so it should come as no surprise the star receiver once again was told to take a seat.

The Bucs listed virtually the entire roster on the injury report in Week 2, though all but WRs Julio Jones (knee) and Chris Godwin (hamstring) were able to play. While Jones appears to be closer to being in the lineup than Godwin for Week 3, we’ll have to wait until the end of the week for an official status.

Tampa hosts the Green Bay Packers in Week 3, and the loss of Evans will be felt. The Packers are better vs. the pass than running game, despite what we saw in Week 1 vs. Justin Jefferson, so expect a healthy dose of Leonard Fournette.

Devalue quarterback Tom Brady to the level of bench status in nearly all formats. Peripheral options, like Breshad Perriman and Scotty Miller, garner a boost in playing time, whereas Russell Gage is likely to be the de facto WR1 of this group. TEs Cade Otton and Cameron Brate figure to be in line for more looks, too.

Perriman and Miller are flex plays for those looking to save a buck in DFS action. Gage is a fringe WR3 or flex in deep PPR settings otherwise. The rookie TE is unplayable, but Brate has a sniff of appeal in deep settings. Even still, it’s a low-upside play with a poor matchup ahead.

In redraft formats, if one must pick up a wideout from this roster, Perriman is the best bet for a touchdown. However, it’s a risky play, and looking outside of Tampa is wise. Given it is so early in the season and bye weeks aren’t here yet, we can lean on our benches for help. Check out our waiver wire release for more tips.

Ride it out with Evans on the bench, and about all we as gamers can do is hope that cooler heads prevail when these pugilists meet again in Week 13. 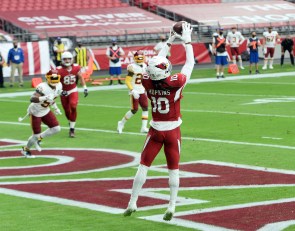 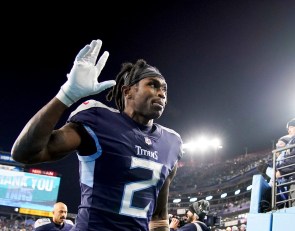