Updates will begin when teams start releasing official pregame inactives and starter information to the league. This is typically around 60-90 minutes prior to the kickoff of their game.

Lineup notes: LB Tremaine Edmunds (groin, heel) and DE Gregory Rousseau (ankle) have been ruled out. QB Josh Allen (elbow) is not on the injury report. C Mitch Morse won’t be available, but CB Tre’Davious White gets back onto the field this week.

Lineup notes: CB Jeff Okudah (concussion) has been ruled out, and WR Josh Reynolds (back) is questionable but will play. WR DJ Chark Jr. (ankle) was activated from IR and is expected to play.

Lineup notes: OT Christian Darrisaw (concussion) has been ruled out. 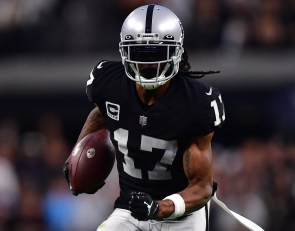