You never really know what you’re going to see making Week 1 prop bets. Teams are as healthy as they’re going to be all season and expectations are high for every fanbase.

It gets easier to make prop bets during the season when injuries create defensive vacuums that are exploited. We will see similar to what Los Angeles Rams wide receiver Cooper Kupp did last year – the numbers had to keep getting higher to the point where if you wanted to take the Over. Kupp would need nine catches for 105 yards, and I cashed on him consistently.

For Week 1, we take four players who have never played a down for their current team and one mainstay. Get the popcorn ready.

Brown makes his Eagles debut against the Detroit Lions, which had the 29th-ranked defense last year. Philly’s front office felt strongly enough about the difference Brown could do for them that they traded a first-round draft pick to get him and made him the highest-paid player on the team. There are likely going to be a handful of plays designed strictly for him for off-the-snap throws – much less plays where he is the second option. An Over/Under of 4.5 receptions against a Lions defense that plays too much press coverage screams at opportunities. If Brown and Jalen Hurts get on the same page quickly, we may rarely see a number this low again.

The Jaguars have a completely different look with Doug Pederson in as head coach and Etienne returning after a missed rookie season with a Lisfranc injury. He was a first-round draft pick for a reason. His number is low because we’re being told James Robinson is expected to be the primary guy out of the gate. However, Robinson is 10 months removed from a torn Achilles, and if you’re going to ease in one running back, would it be the one 14 months removed from a Lisfranc or 10 with an Achilles? The Washington Commanders were solid against the run last year, but that was because it was so easy to pass against them. Etienne will likely see about 10 carries at a minimum. Break one of those for a chunk play and it’s get a lot easier to hit that point.

This number is inflated for a couple of reasons – the Ravens are playing the New York Jets, and Andrews hit Over on this number in each of the last five games when the Ravens were shockingly thin at every position due to injury. Under anticipated circumstances, the Ravens don’t want Lamar Jackson throwing more than 25 passes. Get in and get out. The Jets are going to put a ton of coverage on Andrews and Jackson isn’t going to throw into double coverage when he has single-covered or uncovered checkdown receivers. Andrews could catch six or more passes, but the game flow will dictate how the Ravens approach this game and 40 or more run plays aren’t out of the realm of possibility. That makes it harder to envision a Pick 6 (receptions for Andrews, not Joe Flacco’s moment to forget).

Hill makes his Dolphins debut against the New England Patriots. Bill Belichick’s defensive mindset is, when possible, take away an opponent’s most dangerous weapon. If that’s a running back, it’s eight-in-the-box all day. If it’s a receiver, it’s constant bracket coverage. Hill qualifies under those parameters. Unlike his time in Kansas City when he had Travis Kelce as his tag team partner, in Miami, Hill is clearly the sole focus of any defensive coach. Belichick has earned his stripes in this regard. If Hill is going to catch six or more passes, it may end up being for 50 yards, because the Patriots will be on point every snap to allot two defenders to be responsible for him.

A lot has been made about Wilson’s return home for his first NFL game not being the QB for the Seattle Seahawks. It’s a matchup made for television and that wasn’t lost on the league bosses. While Wilson clearly wants to win this game, the Broncos, as constructed, are much stronger than the Seahawks. Denver will likely try to ground and pound, much like Wilson did so often in Seattle. He may end up with three touchdown passes to make his point, but the combination of Javonte Williams and Melvin Gordon will be the guys carrying the load and 256 passing yards seems improbable if Denver takes control early. Besides, Pete Carroll needs to run the ball as long as it’s practical, because his quarterback isn’t good – further cementing the chance to jump on the Under. 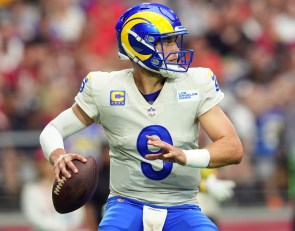 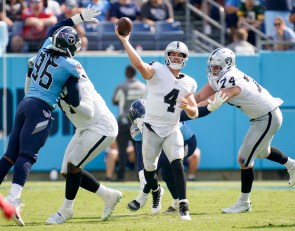 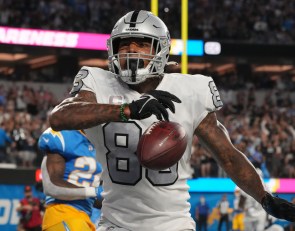