While we looked at the Baltimore Ravens’ backfield earlier in the offseason, enough changes have happened to warrant another peek. With that in mind, let’s dive back in and update the Ravens’ backfield situation as we head into the start of the 2022 campaign.

Dobbins (knee) is coming off a torn ACL, and though he’s on the team’s 53-man roster after being activated from the Physically Unable to Perform (PUP) list on Aug. 8, meaning he’s eligible to play in Week 1, that is still not for certain. Head coach John Harbaugh indicated that the signing of free-agent Kenyan Drake wasn’t an indication that Dobbins would miss the opener, and he went on to add that the Ohio State product’s “quickness is kind of back.”

Even if he can’t appear in Week 1, Dobbins is expected back sooner than later, and whenever he does return, he should slide into the lead role for Baltimore. That being said, there figures to be a ramping up period given the length of his absence and severity of his injury, so don’t sour on Dobbins too quickly if it takes a little while to get up to speed.

When Drake restructured his contract with the Las Vegas Raiders in March, the assumption was that move made him a safe bet to don the silver and black in 2022.

Drake, who struggled to get much run in Vegas before suffering a season-ending ankle injury last December, was released by the new regime during the preseason and signed with the Ravens on Wednesday, Aug. 31.

He provides some veteran depth, and at a minimum should offer more juice than the likes of Latavius Murray and Devonta Freeman, the team’s top backs from 2021. Drake is only one season removed from collecting 1,092 yards and 10 touchdowns as a member of the Arizona Cardinals. At 28 and with fewer than 1,000 combined touches on his odometer, Drake should still have some tread left.

Like Dobbins and Drake, Edwards (knee) is coming back from a season-ending injury. Unlike them, however, he was placed on the PUP list and will miss at least the first four games of the season while recovering from an ACL tear of his own. Edwards has been an underrated part of the Ravens’ rushing success since entering the NFL in 2018, running for over 700 yards in each of his three campaigns while also averaging at least 5.0 yards per carry. Depending on how Drake fares over the first month-plus, Edwards could certainly slide back into the No. 2 role once he’s healthy.

Suiting up for his sixth NFL team in eight seasons, Davis figures to operate as a stopgap until the team feels Dobbins is ready to roll. Last year with the Atlanta Falcons, the veteran ran 138 times for 503 yards and three touchdowns with a 3.6 yards-per-carry average right on par with his career mark of 3.7.

The pairing of Davis and Hill failed to impress during the preseason, and even though both made the initial 53-man roster it’s fair to wonder whether either of them will close out 2022 in Baltimore. The 24-year-old Hill looked healthy in camp after tearing an Achilles last year. If either sticks around, he’s the odds-on favorite.

Of the four backs listed above, only Dobbins has clear value as a low-end RB2 with some upside, whereas Hill and Davis should be completely ignored.

Drake can be monitored, and if he shows some of his Cardinals-era form he could become a person of interest on the waiver wire. There’s an argument for handcuffing him to Dobbins, and Drake has standalone potential value in larger formats, but he’s also on his third team in as many seasons for a reason.

Edwards isn’t worth stashing outside of deeper leagues with IR spots, but his history makes the fifth-year back a worthwhile watch-list candidate as a potential depth addition once he’s healthy. 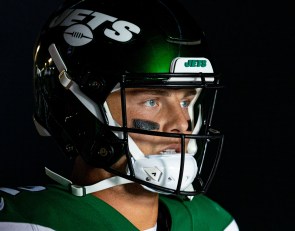