Week 1 of fantasy football officially was underway Thursday night, and now managers will be looking at their lineups all weekend pondering who to start and who to sit leading up to Sunday’s games.

Doing start/sit articles can be a little challenging. The players featured on the list below should not be taken as “must starts” or “must sits.” Instead, these are more suggestions on what we believe managers should do with fringe players heading into the weekend. The choice is ultimately up to the manager.

Just because a player is listed as a “start” doesn’t mean he should be put in the lineup over the secure, bona fide studs. Vice versa for the “sits.” If there’s no better option on the waiver wire or the bench, a manager shouldn’t automatically sit the player. That’s why these can be tricky waters to navigate.

But we’re here to give our advice on the fringe players that will keep managers up at night over the weekend.

Here are our starts and sits in fantasy football for Week 1:

It will be difficult for managers to sit Kittle, but he is trending in the wrong direction entering the weekend. Dealing with a groin injury, Kittle didn’t practice in full all week. Even if he plays, it’s hard to have confidence he will be much of a difference-maker in fantasy against the Chicago Bears, who allowed the second-fewest receiving yards, the fourth-fewest targets and receptions, and the ninth-fewest touchdowns to tight ends in 2021.

One of my top sleepers for the week, Everett is in a position to provide some strong production despite sitting on the majority of waiver wires entering the season opener. Given the fragility of the tight end landscape in fantasy football, Everett is the type of flier to take at the position. He’s athletic while being tied to a top-five quarterback and explosive passing offense.

There’s always a chance that putting Lockett on this list as a sit will come back to bite me. The nature of his game always leaves open the chance that he catches a 50-yard touchdown against blown coverage. But for this instance, we have to play the probability game. The odds of that happening are extremely thin. With Geno Smith under center, Lockett’s odds of hitting are too low to take a risk during a Monday night game when your week may be on the line.

The Jaguars are looking to right the ship following a disastrous 2021 season. With Doug Pederson taking over as head coach and Trevor Lawrence looking to avoid the bust label in Year 2, they will be trying to get Kirk the ball as much as possible. He draws a solid matchup in Week 1 as well against the Washington Commanders, who allowed the fifth-most fantasy points (633.7) and third-most touchdowns (19) to opposing wide receivers in 2021. He might be more of a flex play, but there’s plenty of upside here.

Though the wide receiver room in Cleveland is pretty bare, this is a situation we should actively avoid. Deshaun Watson is suspended for the first 11 games of the season, which means Jacoby Brissett is under center. Historically, Brissett’s wide receivers haven’t produced much for fantasy football, especially when it comes to producing consistently. Cooper’s game is volatile enough even when he’s working with a solid starting quarterback. But the matchup against the Carolina Panthers could be pretty low scoring, so I would be looking to pivot if possible.

There’s a chance Moore starts the season on a high note. As starting quarterback Zach Wilson is expected to miss time due to a knee injury, Joe Flacco will be leading the offense. Though Flacco doesn’t move the needle for his own fantasy purposes, it could be good for Moore. It’s a small sample size, but we’ve seen Flacco hyper-target Moore already in a real-game scenario. In the one start Flacco made in Week 11 last season, Moore posted eight receptions on 11 targets for 141 yards and a touchdown. It was good for the WR3 finish on the week. Again, it’s a small sample, but the Jets should be in a pass-heavy game script against the Baltimore Ravens.

Staying with the Jets, some managers may not have a choice but to start this rookie running back. Hall was being drafted near the Round 3-4 turn so it’s likely he’s already in the starting lineup. It might not be possible to pivot off of Hall, but if it is, that move may prove to be the right one. The matchup against the Ravens looks good when viewing last year’s stats, but Baltimore looks to have a strong front seven and is healthy. The Jets are already down two starting offensive left tackles and possibly their No. 1 right tackle. Hall will have to split time with Michael Carter, who also is likely to take the passing work out of the backfield until Hall is ready. He’s explosive enough to break off a long run for a touchdown, but the odds seem pretty slim.

Dillon may not be the starting running back in name, but he’s one of my favorite starts on the week. The game against the Minnesota Vikings could be a decently high-scoring affair, and the Packers are likely going to be without No. 1 wide receiver Allen Lazard. There’s a good chance Aaron Rodgers leans on the backfield in the passing game much more than expected, and Dillon is always a threat to score given his size and speed. He has RB2 upside, especially with the high chance of scoring a touchdown.

This is a similar situation to Breece Hall. Managers drafted Elliott within the first three rounds and plan on starting him. It might just be unavoidable. But managers should temper their expectations. It’s already a tough matchup against one of the league’s best run defenses in the Tampa Bay Buccaneers, and Elliott will have to split time with backfield mate Tony Pollard. The splits without Tyron Smith don’t bode well for Elliott’s upside to give RB2 production in Week 1.

As rookie Ken Walker III works his way back from a hernia injury, the backfield should belong solely to Penny. There’s always risk rolling with Penny given his injury history, but there’s a featured role waiting for him Monday night, and we’ve already seen Penny win leagues before. The volume and Pete Carroll’s insistence on running the ball should be enough to give solid RB2 production.

Prescott could be the starting quarterback for several managers, but they might not be too excited to plug him into the lineup. While Prescott put on a show to open the season against the Buccaneers in 2021, the fantasy gods might not be so kind this time around. He doesn’t have the aforementioned Tyron Smith at left tackle, and CeeDee Lamb is the only reliable option in the wide receiver room. This is shaping up to be a low-ceiling game for the majority of the Cowboys offense.

Cousins and the Vikings will be showing off a new offense under new head coach Kevin O’Connell, who comes from the Sean McVay tree. While Cousins may not be the most appealing start for fantasy purposes, he has a lot going for him. The game against the Packers is expected to be a relatively high-scoring matchup as wide receivers Justin Jefferson and Adam Thielen continue to be one of the best duos in the league. Tight end Irv Smith Jr. is expected to play as well, and the offense should be more pass-heavy. It wouldn’t be uncanny to see Cousins approach 300 passing yards and two touchdowns — even if that may be closer to his ceiling. 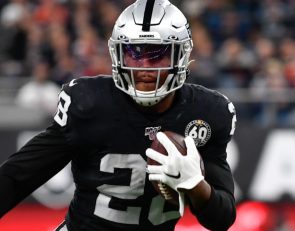 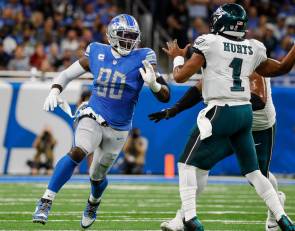