The fantasy football season is officially here as managers will finally get to tilt, stress, and possibly even celebrate their teams for the first time during the 2022 season.

Even though the draft weekend resulted in all of us walking away with the strongest rosters in our respective leagues, it’s still wise to keep an eye on the waiver wire. Even moves need to be made in Week 1.

We’ll be taking a look at the top available players rostered in ESPN leagues, using the 75% mark as the threshold. If you have any questions about prioritizing a certain player over another, don’t be afraid to hit me up on Twitter (@KevinHickey11). Your questions, comments, and roasts are always welcome!

Without further ado, here are 10 players on the waiver wire to target in Week 1: 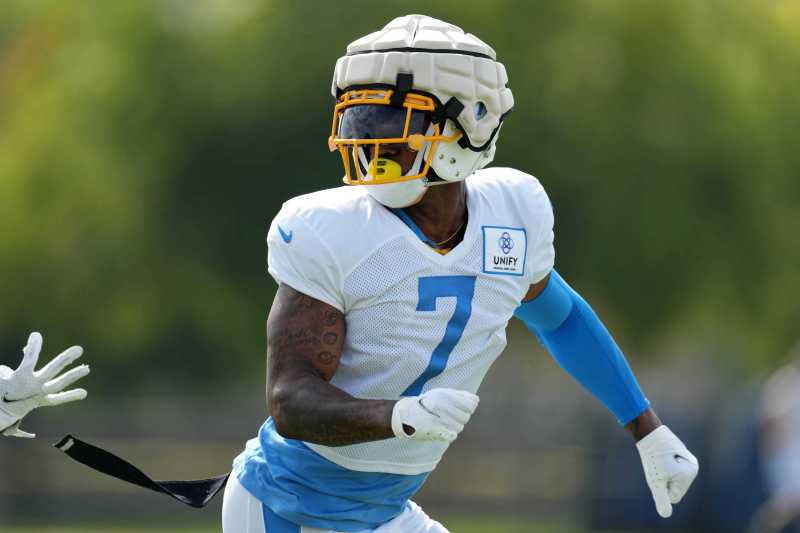 The tight end landscape in fantasy football is so rough that most managers will find success by waiting until the last minute to find a starter. Everett has had flashes in his career as an intriguing option at tight end, and now he gets to join a Chargers offense led by Justin Herbert. While Everett might be the fourth target in the offense, at best, that could be enough volume to make him a relevant fantasy asset, especially considering the cost is free. In 2021, a 34-year-old named Jared Cook held a 13% target share in the offense. Everett can hold that share easily and even surpass it a bit. That opportunity mixed with Everett’s athleticism makes him a sneaky sleeper to finish inside the top-10 tight ends. 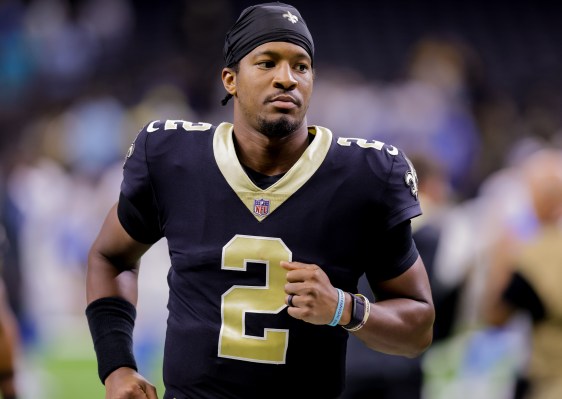 Winston will be on the field as the Saints’ starter in Week 1 after missing the entire second half of the 2021 season due to a torn ACL. He will have Michael Thomas and rookie Chris Olave leading the passing game with the explosive Alvin Kamara next to him in the backfield. Winston posted two top-five finishes through the first five games in 2021 before tearing his ACL and opens the season with the Atlanta Falcons, a defense that allowed the fourth-most fantasy points to quarterbacks in 2021, according to The 33rd Team. If you’re a team in need of a quarterback, Winston is a high-upside player to target.

The second-year quarterback is a risky bet to make in fantasy football, but he has the skillset that just might pay off for those willing to gamble. Fields is far from a polished product as a passer, and the Bears didn’t help much putting talent around him this offseason. However, Fields’ rushing ability gives him an edge for fantasy managers—he averaged 7.7 rush attempts per game over his final six games in 2021. He may be more of a stash at this point for managers who don’t have a solidified option at quarterback, but Fields is the type of flier who could pay massive dividends if he hits.

Avoiding the Jaguars offense isn’t a terrible idea in the slightest, but there is upside to be found in the post-Urban era. Even through that disastrous stretch of football in Duval, Jones posted a 20% target share with Trevor Lawrence. The veteran will compete with Christian Kirk, who is likely the top target, but Jones could easily finish the season with 110-plus targets in an offense that should throw enough under Doug Pederson. Jones is a strong depth piece to have considering the volume of targets he’s expected to see in 2021.

This is more of an early-season stash. There is growing concern that J.K. Dobbins may not be fully healthy going into the season opener against the New York Jets. The next man up in the backfield is the veteran Davis as Gus Edwards is starting the season on the PUP list. Davis could see a larger role than initially expected against the Jets if Dobbins is to be eased into action after missing the entire 2021 campaign due to a torn ACL. Davis may be a sneaky play for Week 1 against a Jets defense that allowed the most fantasy points to running backs in 2021, according to The 33rd Team.

After missing the entire 2021 season due to a knee surgery, Smith is ready to be the starting tight end for a new offense under Kevin O’Connell. The fourth-year tight end also underwent thumb surgery, but is expected to be ready for Week 1. Smith has the chance to capture a solid target share in an offense that is expected to throw more under O’Connell, who comes from the Sean McVay coaching tree. For those who punted the tight end position or are simply focused on streaming, Smith is one of the best options out there.

McKenzie was one of the biggest winners in the fantasy football realm throughout training camp and the preseason. The buzz from Buffalo is that McKenzie will be starting the season as the slot receiver in an offense led by Josh Allen. Even though Stefon Diggs is an elite option, and Gabriel Davis is a favorite by many to break out, there will be plenty enough volume to go around for McKenzie to have fantasy relevance. Cole Beasley, the Bills slot receiver over the last three seasons, saw no fewer than 106 targets in a season over that span. McKenzie is a WR3/flex play to start the season with plenty of upside to grow into.

The last few seasons have not been kind to Jones when it comes to injuries. There is certainly risk with his profile considering that recent history, but that risk is nullified if he’s on the waiver wire. The opportunity cost is so incredibly low that it makes the upside even more enticing. Jones may be far from his prime, but there’s a chance he opens the season as Tom Brady’s No. 2 option in the passing game, depending on how quickly Chris Godwin works his way back from a torn ACL. Even if Jones is the third option, we’ve seen a trio of wideouts have fantasy relevance with Brady in Tampa Bay. Jones is strong depth to have at wide receiver as long as he stays healthy.

Though Miles Sanders returned to practice after missing two weeks with a nagging hamstring injury, there is plenty of upside for Gainwell to carve out a role in Nick Siranni’s offense. We should still expect Sanders to be the leader of the backfield to begin the season, but Gainwell had a 10.7% target share during his rookie season. If the Eagles are going to throw more than they did in 2021 after adding a weapon like A.J. Brown, it’s likely that Gainwell will see a strong role in the passing game. We also should remember that Gainwell was a draft pick under the current regime so they may want to get a long look at him with Sanders in a contract year.

Though it isn’t yet clear how the Rams backfield will be divided, there is an increasing notion that Henderson will get more run than expected as Sean McVay hopes to keep Cam Akers as fresh as possible. If the Rams are going to use more of a 1A-1B approach with Akers and Henderson, fantasy managers are going to want to get their hands on the cheaper option. Especially as an addition off of the waiver wire, Henderson could wind up holding RB3/flex value if his role is larger than being a mere handcuff. 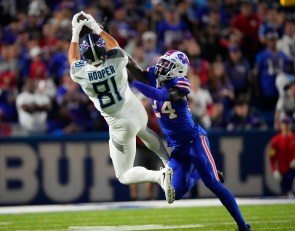