When the Pittsburgh Steelers began their preseason in late July, their quarterback battle was presented as an open competition to replace the retired Ben Roethlisberger between Mitchell Trubisky, Kenny Pickett, and Mason Rudolph, who was the lone holdover in the group. With camp and the preseason now in the books, it’s time to take a look back at how all three performed and where the team looks to be headed for 2022.

Signed to a two-year, $14.285 million contract in April, Trubisky entered camp as the likely QB1 and was basically asked to hold onto the job. While he took a backseat in the first two preseason games, the former No. 2 overall pick started the preseason finale and led the team to a 16-0 halftime lead against the Detroit Lions. He completed 15 of 19 passes for 160 yards and a touchdown — finishing preseason with 283 yards and a pair of TDs — and the only real knock on his performance was that three of his scoring drives ended in field goals. Regardless, it certainly felt like he did enough to lock down the starting spot for Week 1.

How long he’ll hold onto that job remains to be seen, however. While it’s easy to blame some of Trubisky’s shortcomings on his coaching with the Chicago Bears, he definitely seemed to plateau in his development, and even two changes of scenery are unlikely to result in him suddenly becoming the player the Bears hoped he’d be when they drafted him. Perhaps offensive coordinator Matt Canada can squeeze enough out of Trubisky to keep the Steelers in the playoff hunt, but you must imagine the leash will be pretty short if losses start to pile up.

To that point, Pittsburgh opens with three teams one figures it must be able to hang with in order to be considered among the conferences’ playoff contenders — at Cincy, home vs. New England, and on the road against Cleveland. The New York Jets come to the Steel City in Week 4, followed by another tough stretch: at Buffalo, vs. Tampa Bay, at Miami, and a trip to Philly before the Week 9 bye. It’s conceivable without much labor to envision Mike Tomlin giving Pickett a crack at a slightly more favorable second-half schedule (NO, CIN, @IND, @ATL, BAL, @CAR, LV, @BAL, CLE).

That leash probably lost even more of its slack given how well Pickett performed during the preseason, completing 80.6 percent of his 36 passes for 261 yards and three touchdowns without an interception. The rookie looked like he belonged on an NFL field from the get go, though the continued proliferation of short passes doubtless eased the transition — how well that will work against first-team defenses that have game-planned for Canada’s offense remains to be seen.

Pittsburgh still has issues along their offensive front as well, which adds another wrinkle as head coach Mike Tomlin and general manager Omar Khan aren’t going to want to watch their young quarterback take a beating due to suspect blocking. Once things stabilize a bit, it’s easy to envision the Steelers making the switch, unless, of course, the team finds ways to win with Trubisky.

Rudolph, a third-round selection in 2018, spent the past three seasons behind Roethlisberger. He made 10 starts during that time, including eight as a rookie, posting a 5-4-1 record. Despite his familiarity with the offense, the Oklahoma State alum always felt like he was on the outside looking in, and nothing that went on this preseason suggests he’d be anything but QB3 in Pittsburgh. There’s always a market for an experienced backup, though, and to that end the Steelers are reportedly listening to trade offers. If they can get anything of value, Rudolph figures to be on his way out.

In terms of single-year value, it’s hard to build much of a case for anyone here. Maybe in deep leagues you could take a look at Trubisky in case the Steelers unlock some of the dual-threat potential that he flashed in Chicago, but given his perilous hold on the job even that feels dubious. Pickett, meanwhile, only offers value in keeper leagues where his strong preseason effort provides some hope of better days to come in the Steel City. 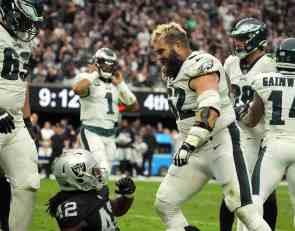 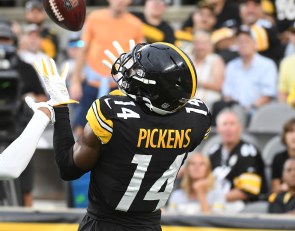 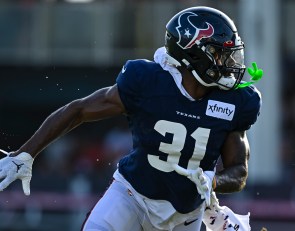