Everyone playing fantasy football should be looking to land optimal value with each pick, but anyone with experience knows that rarely actually happens. We all have our favorites for whom we’re willing to reach, which tends to drive down the draft stock of other players. As a result, we see trends that produce undervalued fantasy football picks.

In this release, undervalued players will be addressed in the context of 12-team, 16-round drafts. The following players represent the best bang for your buck in relation to their average draft placement (ADP).

Note: All ADP figures are courtesy of FantasyFootballCalculator.com and use PPR scoring, unless noted otherwise. ADP variations between sites are wild this time of the year, so expect them to level out over the coming weeks.

QB Russell Wilson, Denver Broncos: Wilson currently is going in the eighth round, on average, but he has gone as late as Round 11 more than once in early professional drafts. It should be noted the industry drafts tend to see quarterbacks go much later than casual formats, so measure that against your league’s tendencies. Wilson has one of the finest casts of targets in the league, and Denver didn’t acquire him to hand off the ball. Expect plenty of cookin’ in 2022.

QB Kirk Cousins, Minnesota Vikings: Cousins continues to fly under the radar in fantasy after finishing as a QB1 in six of the past seven years. Minnesota underwent a facelift in the offseason but didn’t get completely renovated from a personnel perspective, and the veteran should once again challenge for a top-12 placement among his positional peers. The system (modified West Coast) isn’t going to be entirely different from what he commanded under the past regime, and Cousins will rely heavily on a stout rushing attack leading to deceptive play-action passing.

QB Matt Ryan, Indianapolis Colts: The acquisition of Ryan in the offseason from Atlanta breathes a little life into the 37-year-old’s career twilight after what has been a shaky stretch the last few seasons. The Colts boast a still-developing WR1 in Michael Pittman Jr., who is fresh off a 1,000-yard campaign, and welcome dangerous rookie Alec Pierce to the fold to give Ryan a big-bodied deep threat. The core aerial weapons are towering in height, too. The team will remain reliant on the best rushing attack in the biz, but that only helps the veteran’s efficiency. The days of threatening 5k yards and 40 TDs are gone, but Ryan will be among the top rotational passers and comes at tantalizing 13th-round price tag.

QB Jameis Winston, New Orleans Saints: Despite reports of a noticeable limp in OTAs, Winston (knee) should be just fine for Week 1. ACL tears aren’t as significant for pocket passers in the first place. In 2021, the Sean Payton-led Saints forced Jameis to limit the turnovers that dogged him in Tampa. In a shade over seven appearances, Winston didn’t disappoint with his ball security, but he also was on pace to throw just over 400 attempts, which would have placed him a lowly 25th last year. The Saints added weapons in the offseason and should open up the aerial game, somewhat by necessity. Barely drafted inside of the top 200 players, Winston is an intriguing value-buy backup near the tail end of typical drafts.

RB Clyde Edwards-Helaire, Kansas City Chiefs: On average, more than 40 players are drafted before the former first-round pick, including up to 25 running backs, depending on which source is used. Edwards-Helaire’s career hasn’t gone as swimmingly as planned, missing 11 games due to injuries in each of his first two years. Ronald Jones comes over from Tampa and will cut into CEH’s touches to a degree, but it’s not like the former Buc was a world-beater through four years of his career. Edwards-Helaire is well worth a selection as a fringe RB2 for the price of a third back, especially with an elite starter already secured.

RB Michael Carter Jr., New York Jets: While many owners are tripping over themselves to draft prized rookie Breece Hall, it would be naive to expect Carter to get entirely cast aside in just his second season. Today’s NFL loves committee approaches, and this Shanahan-inspired offensive design in New York has a storied history of divvying up its backfield touches. Carter acquitted himself nicely as a dual-threat back in 2021, despite a messy quarterback situation holding back the entire offense. The current ADP trend sees Carter going slightly sooner, but it has gone the other direction in every early draft we’ve encountered so far and should bear out in the data soon enough.

RB Jamaal Williams, Detroit Lions: The Lions went through a transformation in the offseason to improve the passing game, which only helps open up rushing lanes. Williams rightfully lags far behind backfield mate D’Andre Swift in ADP, but going RB50, on average, opens the door for a pretty good value buy given Swift’s durability concerns. Furthermore, Williams is part of a one-two punch and sees ample touches even when Swift is in the lineup to justify an RB4 placement.

RB Marlon Mack, Houston Texans: The former Indianapolis back doesn’t present a tremendous value by any stretch, but there’s some meat on the bone if rookie Dameon Pierce struggles to find his footing in 2022. Up to 54 backs tend to go before Mack, and while he likely needs a little help to make a serious impact in fantasy, the South Florida product is only 26 and rather fresh after the last two years of sparse involvement (43 total touches). For an RB5 or even No. 6 investment, there’s no harm in rolling the dice on the speedy veteran.

RB Kenyan Drake, Las Vegas Raiders: Is Josh Jacobs really a fixture in this backfield after the team declined his fifth-year option and selected Zamir White in Round 4? Drake, who’ll be completely healthy after suffering an ankle fracture last year, also is in the last year of his deal, and he wasn’t utilized much under the last regime. Could there be more of a true committee? If Josh McDaniels’ time in New England gives any true indication, the answer is a resounding yes. Drake is a more accomplished receiver than Jacobs, and it’s not like the latter is the model of health. With Drake going as late as RB64 in ADP, there’s a sneaky opportunity here that early drafters are ignoring.

WR Courtland Sutton, Denver Broncos: Sutton is fully recovered from his 2020 torn ACL and managed to play all 17 games a season ago. In fact, he hasn’t missed a game in his career outside of that injury-lost campaign. The fifth-year pro benefits from the Russell Wilson acquisition arguably more than any receiver, and Denver didn’t mortgage the farm to watch RW3 hand off the ball all day long. Sutton goes anywhere from WR26 to WR35 as an ADP across multiple services polled. The early end of that range is still a decent enough value if he comes close to his 2019 breakout of 72-1,102-6, which is a reasonable floor target to have in mind over 17 games.

WR Jamison Crowder, Buffalo Bills: In three years with Cole Beasley primarily manning the slot, Buffalo sent an average of 108 targets his direction. Crowder replaces him and has a legitimate chance to see that kind of volume. It probably will be slightly less with the expected breakout of Gabriel Davis and addition of pass-catching rookie running back James Cook. Even if Crowder sees 90 targets, his career conversion rate of 67 percent would put him around 60 grabs. His four seasons with at least 88 targets have averaged 181 PPR points, which would have been good enough for WR33 last year. Low-end WR3 is probably his ceiling in Buffalo, but for a guy who goes as late as WR71 — and that’s when he’s even drafted — there’s obvious room for profit.

WR Kenny Golladay, New York Giants: Which version of Golladay will we see this year? The underperformer who is oft-injured and had no chemistry with Daniel Jones in last year’s system, or the guy who led the NFL in touchdown grabs in 2019? Somewhere in between is the answer. Golladay is healthy and enters a much better offensive system under Brian Daboll. Jones has nowhere to go but up in what figures to be a career-defining season, so why is everyone so low on the handsomely paid 28-year-old? WR52 is the earliest of his aggregate draft placement figures, and that’s a little ridiculous for any team’s No. 1 receiver.

WR Marvin Jones Jr., Jacksonville Jaguars: Until last year, Jones had managed to thrive as a touchdown-scoring WR2 in fantasy. He typically posted low volume but managed to find paydirt at an impressive rate. The new offense in Duval County will get Trevor Lawrence on the right track in Year 2, and Jones provides continuity. Jones started well in 2021’s first three contests but produced a measly game with more than 9.2 PPR points in an nine-outing stretch until doing it three times in the last five appearances. At 32, he’s not going to set any records, but Jones will return a profit on a Round 14-plus average placement.

WR DeVante Parker, New England Patriots: Parker comes over from Miami and has a legit shot at becoming a WR1 for this coordinator-less offense. That last point brings a layer of concern into the equation, albeit not as much as Parker’s infamous injury history. Mac Jones has drawn praise for his ascension in Year 2’s OTAs after a promising rookie showing, and the Patriots invariably took a step backward on defense this offseason, so more passing may come by necessity. Parker’s ADP varies from WR45 to WR60 by most sources, and even the WR4 range is sound enough value to negate any significant risk.

TE Noah Fant, Seattle Seahawks: The quarterback situation in Seattle will scare off plenty of gamers looking to draft DK Metcalf and Tyler Lockett, but it should have the opposite effect for savvy owners trying to find TE2 value. Fant is coming off a career year in Denver when Teddy Bridgewater was flinging passes, and Seattle’s situation isn’t much different. Should Geno Smith fend off Drew Lock for the starting gig, there are parallels with Bridgewater’s game-managing style to that of the former New York Jet. In the event Lock wins the job, he has three years of experience playing with Fant in Denver. Tight end is a perennially deep position on paper that has thinned out into a top-heavy crapshoot the last several seasons. This year appears to be no different, which works in the favor of people willing to wait if they miss out on a stud.

TE Robert Tonyan, Green Bay Packers: Remember him? Tonyan burst onto the scene in 2020 with 11 touchdowns, good for a league-leading tie among tight ends. In 2021, he was off to a shaky start before tearing an ACL and ending his season after only 18 catches. Receiving volume normally isn’t in his wheelhouse, but how much of that was because Davante Adams was hogging all of the fun? The Packers will need all hands on the cheese wheel to keep the offense as dangerous as necessary to compete for a title, and it will be somewhat surprising if Tonyan doesn’t eclipse his personal bests of 52 catches and 586 yards. That said, scoring 11 times again is improbable. His ADP between TE17 and No. 20 is fair and makes him worth the risk. 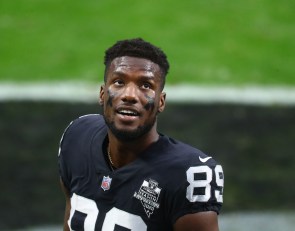 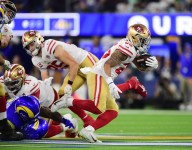